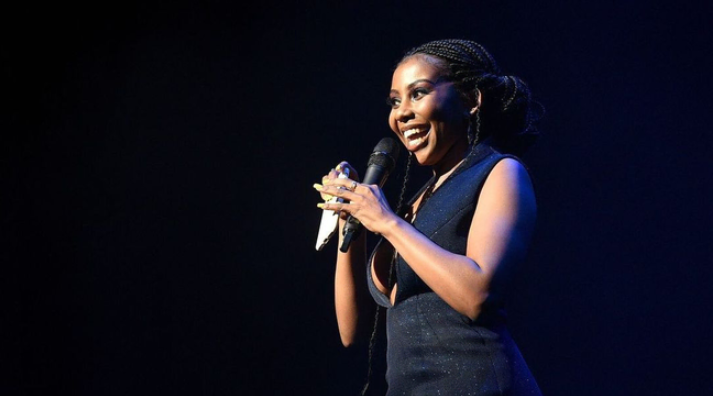 Rising star Zinah unveils her sizzling new track “Good,” a feel-good song that assures everyone that eventually things will get better.

“With the contagious funk influenced beats, ‘Good’ is a great empowerment song that will remind anyone listening that they will always make it out of any situation better than ever.,” explains Zinah.

She adds: “It’s about remembering your value and knowing that you will always be good in the end no matter what anyone has to say.

The song also touches on the importance of good positive affirmations in young women and girls.

“I just want women to feel good existing by themselves. We live in a world where if you’re not married, dating or whatever then something’s wrong… and I feel like this most times where I’m like, ‘Is there something wrong with me.
“But there is nothing wrong with being on your own, I feel like when you’re fully within yourself anyone else that does come into your life is a plus.

“I think saying, ’I’m good on my own’ is a huge statement to make and it’s not made in vain. It’s the understanding of where you are and what you need and sometimes you just need you,” says the songstress.

Born Siphokazi Msimang, Zinah began her musical journey at a young age after her grandmother gifted her a barbie microphone set.

“I was seven when I thought this would be cool to do forever…I was 16 when I discovered it was more than just a passion.

“I left mainstream school to go and train in Musical Theatre full time doing academics. The craziest decision I’ve ever made actually, just deciding that I won’t be myself without this part of me,” admits the youngster.

Fast forward to 2015, Zinah made her debut on the big stage as part of the ABBA tribute show toured Europe with the Whitney Houston tribute show the following year.

Reflecting on her breakout performance, Zinah comments “Showtime Australia had auditions for the ABBA Tribute Show and I auditioned to do backing vocals, an amazing experience!

“While I was performing for the show, I was then offered to travel with the Whitney Houston Tribute Show touring Europe, I did backing vocals for the show too.

“The experience was phenomenal! Travelling overseas, performing to sold-out crowds, it was just crazy amazing! I learned so much vocally and I feel like it just made me even more excited to venture into being a recording artist.

In 2018 Zinah released her first independent single called “Fever”, a disco inspired song that speaks on the intoxicating feeling of finding new love.

Zinah continued to release music as an independent artist. In February this year, she caught the attention of David Gresham Records and signed her first record label deal.

“I wanted to figure myself out before I went to a label. I wanted to arrive bearing gifts you know?

“I knew I had to be independent and know what I want and who I am before I share the load with another entity.

“I’ve always had my eye on David Gresham Records, so when I approached them I was ready to take my 5 years of learning and exploring to the next level.

“I wanted a team who would understand my vision and help me bring it to life and bring a different perspective too.

“Life is crazy, when they offered to sign me I wasn’t expecting it but I knew there and then that it’s game on.

“All the hard work I’d put into my career already was about to be taken to the next level and now I need to work harder than I was before.

“They are my family now and that’s the special part of it.”

The Durban-born star says she will be dropping an album later this year.

“People feel like they deserve an album from me – which they do – because I’ve been teasing them with singles for too long and I’m ready to share the new music with the world,” adds the Durban-born star.

“Good” is currently available on all digital platforms.