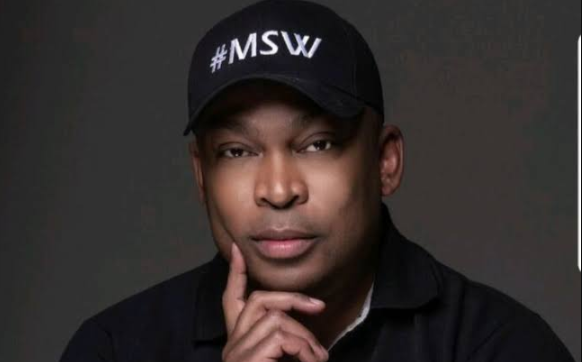 In the audio, Tshabalala is addressing the players about the immediate sale of the team. Tweeps have since expressed their shock and disappointment at how the former owner broke the news to the players. However, others said they understood where he came from.

Tshabalala is heard saying: “…You have seen what the media is saying and everybody and that’s true, the team is sold, you know that we had problems and I was foreseeing other problems this season also, so the team is sold. I can’t do otherwise, it’s been four years that I have run the team out of my pockets and you know the challenges. You have also not made it easier for me so as per Premier League and stuff like that we have sold the team over to Royal AM, it’s in Durban, MaMkhize.”

Tshabalala continued to tell the players that the PSL has approved the deal. He told them that for every player who had a contract with Bloemfontein Celtic, their contract is now under Royal AM.

“It’s up to you at Royal AM if you want to tell them that you want out but everything is with Royal AM, the salaries and everything people will be paid as per the salary signed…”

U clearly have NO clue about what's happening here…. Gather facts b4 u comment

The voice of someone that tried by all means necessary to keep the team in Bloemfontein. The community and business people should take the blame. They never assisted Max. At least he sold the team so that players can stl be employed and have salaries.

In part two of the audio, Tshabalala talks to the players about their trip to Durban.

“Let’s arrange for you to leave, I do not know what mode of transport are we gonna use. Those with cars will have to put money at the garage so that people must fill their cars…and then those without cars will arrange transportation or a bus so that you can be taken there,” he said.

You've asked for the Max Tshabalala audio when he addressed his players and Staff on Monday about the immediate sale of his club @Bloem_Celtic……Listen carefully to how professional players are treated….

In another tweet, Robert Marawa also revealed that he has spoken to some of the team members and they told him that their living conditions are not good.

“Chatting to the players now on the fone who r sleeping four per small room is sad actually….whether morning or night it’s ruff.

Chatting to the players now on the fone who r sleeping four per small room is sad actually….whether morning or night it's ruff.

He also revealed that he knew on Friday that the team was sold but players had to wait until Monday to find out.

Not having money which he hasn't had for over 5yrs doesn't happen overnight!! Transparency is all the players needed… I knew on Friday that the team is gone but he waited for Monday to tell them…!! C'mon now….

No you got it wrong, the way he conducted this transition is questionable…its so inhumane, very selfish and mostly cruel, why he didn't talk with them when he knew that the deal is final for them to arrange their lives for it, these are not robots, even robots needs reprogramin