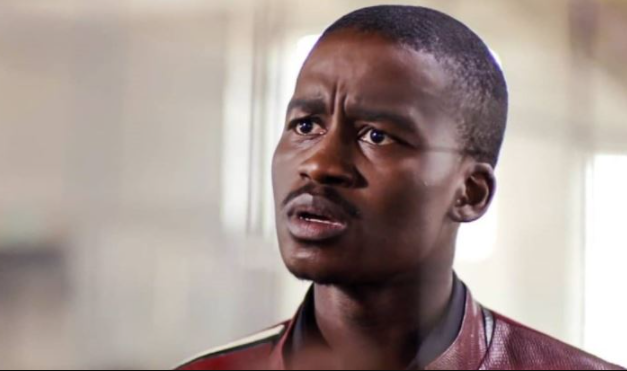 It appears Hungani Ndlovu’s Romeo will not be returning to the E.tv Scandal! At the end of last night’s episode, a doctor from a local hospital called Xolile, Romeo’s wife over the phone to inform her that Romeo Medupe has died the very same day.

Fans took to social media to express their disappointment at the news that their favourite character is no more. This comes after months of speculation on whether or not Hungani Ndlovu would be returning to Scandal!. Some views even went as far as saying that they’ll boycott the show if he doesn’t return.
Ndlovu has said nothing about this on social media.

#etvScandal I've bet with my cousin that we gonna see Romeo soon on our screen then said we'll see about that,scandal booomm hold my 🍻 want to show you something,so ko're ke no jewa vele straight nine nine pic.twitter.com/iY7O7Iel9o

Scandal cannot do Romeo like this , he need to put boniswa on her place #etvScandal

The actor broke hearts in 2020 when he left the telenovela. The reason for his departure is still unclear even months later. The show denied reports that he was fired on social media.

“There’s a published article circulating around that Hungani is leaving the show. As #etvScandal, we’re disputing every allegation stated in the article. Hungani has not been fired by production. We’re happy with his excellent professionalism and work ethic.” The post read.

Hungani Ndlovu and his wife Stephanie took to social media a few months back to reveal that they had contracted Covid-19 around Mother’s Day. “On Saturday before Mother’s Day, I went for a shoot and managed to shoot the whole day. And the Saturday I wake up with Dololo taste. Like I have no taste, I have zero smell.” Said Hungani’s wife Stephanie.

“Like absolutely nothing. Worst of all I knew there was a problem. Guys, have you ever smelled eucalyptus oil? If you can’t smell eucalyptus oil, there is a problem. So I say to Hungani on Saturday that this is Covid.” She said. “Hungani also went to get tested and his results came back positive.”

“Besides from the loss of taste and a little bit of the tight chest, I think the most difficult thing was isolating from each other in the house. We were not sleeping in the same room. Pretty much not eating in the same space. Medically that’s what is recommended because of the spreading of gems.” Interjected Hungani.

Stephanie revealed that she had the worst symptoms between the two of them“But I think my symptoms were worse than yours. I only had one day when I was out and could not get out of bed. My head was spinning; my chest was extremely heavy. The rest of the days, to me at least, felt like gold. The symptom that frustrated me the most was the taste and the smell. Guys, you will not appreciate certain stuff until you lose it. And especially things that you take for granted like your senses. “

Donovan And His Wife Welcome Their First Child