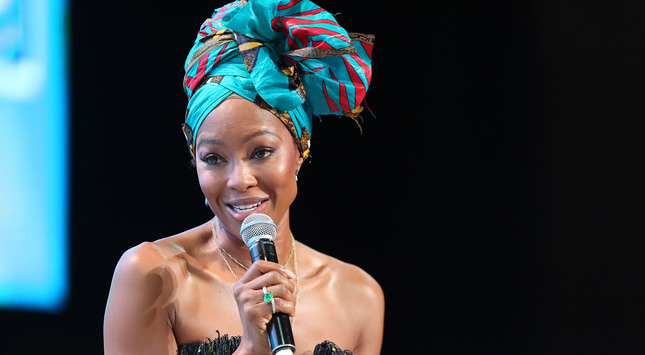 British supermodel, actor and businesswoman Naomi Campbell found herself at the top of the trends’ list in South Africa after her open letter to former president Jacob Zuma went viral.

Naomi penned the open letter to the former president saying: “This isn’t the South Africa I remember and that millions of South African’s fought for. [sic]”

The letter comes after recent violent civil unrest and looting in Gauteng and KwaZulu-Natal, as Zuma’s sympathisers called for his released from jail following his incarceration.

“I have watched how over the last few years you have protested your innocence at the allegations tabled against you of corruption and allowing mass State Capture.

“I have seen you got out of your way to avoid having to deal with these matters in court and avoid a Commission set up to investigate State Capture,” wrote the star.
Naomi continued: “You have talked of the rule of law and the South African constitution being something that should apply to everyone. Yet you defied the courts and were sentenced 15 months in prison.

“Now upon your incarceration, a group of protests under the #Freezuma banner broke out igniting the worst violence and criminality South Africa has seen since the end of apartheid.”

She went on to say that the protests will have a long-lasting effect. She also said that if the former president considered himself a leader, he should act like one.

“Each day you defy the courts and stoke division you take a step backwards from Madiba’s vision for South Africa to prosper and for their not only be equitable political justice but also economic justice.

“If you still consider yourself a leader then please act and take responsibility like one.

“Agree to finish your appearance in front of the State Capture commission and equally you will have your days in court to contest the corruption charges alleged against you. Put the Nation first,” she said.

Naomi is known for her love for South Africa. She has always spoken openly about it, and her close relationship with former president Nelson Mandela.

Mandela referred to the 51-year-old model as his “honorary granddaughter” after first meeting her in 1994.

Naomi Campbell, on behalf of all South Africans, we love you. Stay winning Queen👑 @NaomiCampbell pic.twitter.com/QCrTlaVQX3

Thank you, Naomi Campbell, for speaking the truth.

Former president Jacob Zuma was only interested in avoiding the courts, building a palace for his family and allowing the Gupta family access to state resources through his cabinet.

We are led. There is no doubt about that. Naomi Campbell should replace DD Mabuza actually 🇿🇦😂🔥 pic.twitter.com/AezUGF0kM0