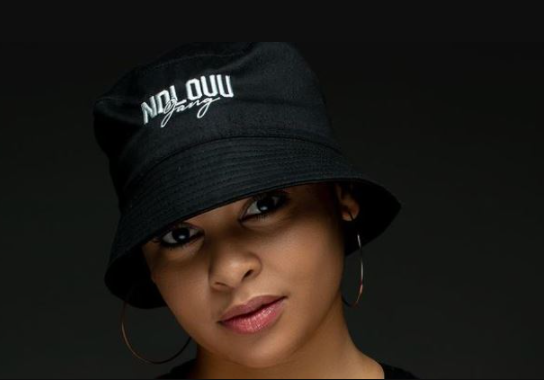 Scandal’s Ingrid has left us missing the men that brought us into this world and if we are being honest, we are thoroughly gowishing.

The actress, Stephanie Sandows Ndlovu shared the events of yesterday when they were waiting for her mom with her father and her father did a very adorable thing. She said, “*The story behind this picture*. This picture deserves a post,not because it’s the best of pictures, but because it reminded me just how much of our social media lives are about capturing the ‘best shot’ with the best lighting, adding nose defining filters and some random soundtrack for ‘the vibe’ … and this picture is quite the opposite.

It’s special because it was genuine, so in the moment and with zero retakes . I smiled for a solid 30seconds and he literally took one picture 😂

Taken by an amateur photographer on the most basic of phones but by a man who I dearly love. Such moments I hold super close to my heart. 💗 #zerofilter #daddysgirl” 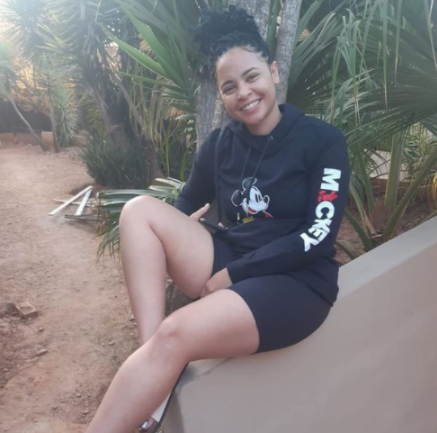 A lot of people could relate to this and applauded her for taking a few minutes out of her day to make her dad happy. These were some of the reactions:

“Shew Steph – what a word! This must serve as a reminder that life is not always about content creation. It’s about being authentic at all times and cherishing those around you. We get too obsessed with the ‘perfect shot’ and sometimes don’t appreciate the pictures that are a memory of the moments we’ve shared with those we love – just because they are not THEE PERFECT SHOT! Thank you for this! 😍”

In other news, just a month ago Stephanie’s husband Hungani Ndlovu’s character Romeo was killed on the show and the viewers were not having it.

Fans took to social media to express their disappointment at the news that their favourite character is no more. This comes after months of speculation on whether or not Hungani Ndlovu would be returning to Scandal!. Some views even went as far as saying that they’ll boycott the show if he doesn’t return.
Ndlovu has said nothing about this on social media.

The actor broke hearts in 2020 when he left the telenovela. The reason for his departure is still unclear even months later. The show denied reports that he was fired on social media.

“There’s a published article circulating around that Hungani is leaving the show. As #etvScandal, we’re disputing every allegation stated in the article. Hungani has not been fired by production. We’re happy with his excellent professionalism and work ethic.” The post read.

Hungani Ndlovu and his wife Stephanie took to social media a few months back to reveal that they had contracted Covid-19 around Mother’s Day. “On Saturday before Mother’s Day, I went for a shoot and managed to shoot the whole day. And the Saturday I wake up with Dololo taste. Like I have no taste, I have zero smell.” Said Hungani’s wife Stephanie.

“Besides from the loss of taste and a little bit of the tight chest, I think the most difficult thing was isolating from each other in the house. We were not sleeping in the same room. Pretty much not eating in the same space. Medically that’s what is recommended because of the spreading of gems.” Interjected Hungani.

The Ndlovu’s have since recovered and are doing well. We cannot wait to see them back on our screens, hopefully soon.

Connie Blows Off Some Steam