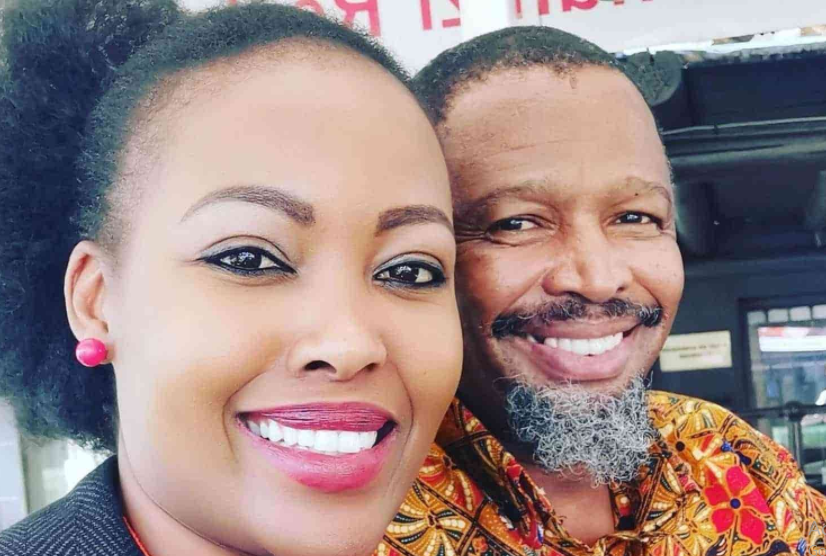 Former The Queen actor Sello Maake kaNcube and his new bae, brand advisor and ANC official, Pearl Mbewe are head over heels with each other. The couple seems to reassure people that age is nothing but just a number as the beaut is 26 years younger than the veteran actor.

The topic of age when it comes to relationships is often debated on social media. Many tweeps feel as though age plays an intricate role in a relationship, however celebs like Sello Maake and actor Seputla Sebogodi, are not conforming to that notion.

The 69-year-old actor found love at the hands of his brand manager Pearl Solo Mbewe, who is 29-years younger than he is.

Many had wondered how did Sello get himself the younger woman who has changed his life for the better. According to Sello, she made the first move but not romantically. “She approached me and said she will work with me on a pro bono basis as she had great ideas for my ‘brand.’ The rest is history. Do contact us for us to do business! It takes one to build the other!” he wrote.

The couple’s romance made waves a few months ago. They even tried to keep things on the down low, however when word got out Sello has been posting her on social media nonstop. After the passing of legendary actor Shona Ferguson, Sello Maake realised that people need to show their loved ones how much they love them.

“Sometimes we are encouraged to keep them in the background, in this era you have to be naive to not appreciate their value! The women in our lives are a force! Pearl Mbewe and OH I think she is so beautiful,” he gushed. “Post influenced [by] the memorial service from yesterday! It’s important to embrace your loved ones!” he added.

#IsencaneLengane 😊🤣
Sometimes we are encouraged to keep them in the background, in this era you have to be naive to not appreciate their value! The women in our our lives are a force! @Solopearl OH & I think she is so beautiful 👌🏾 ❤️❤️It's important to embrace your loved ones! pic.twitter.com/fVkk1FYcEB

Sello and his bae are not only lovers but she is making sure he is raking in those coins. On her social media pages, she promotes their foundation, the Academy Of Performing Arts. which they work tirelessly on.

Things take a while but you have to be persistent and do what needs to be done! Congratulations 🎊 🎉 🎊 to team Sello Maake kaNcube Foundation and our chairman Sello Maake kaNcube 🇿🇦 if only people understood the importance of having a great consultin…https://t.co/qjnDcS8DkV

Sello came from a very loveless marriage as he had stated how his ex-wife did not respect him. But with Pearl, despite ensuring he keeps his brand clean, he just makes him happy.

“She is amazing @Solopearl it’s incredible how social media has given us the freedom to not allow anyone to tell our truth but ourselves! Here is my truth in none clear pictures because I’m happy in this moment and I may not know what tomorrow holds for us! I’m happy for today!” he gushed on IG.

Months back when Sunday World asked the 69-year-old actor if the rumours were true, here is what he had to say.

“Please note that I have tried so hard to keep my name out of the newspapers or media in relation to anything negative. On the matter of a relationship between Pearl and I, yes I can confirm that she is my partner and I care deeply for her. I just don’t intend for our relationship to be turned into a media frenzy as it is a personal and private matter.”

Seputla Sebogodi also followed in Sello’s footsteps and fell inlove with a woman many feel is young enough to be his daughter. Unlike Sello, Seputla got dragged for this as their age gap worried fans. The actress, singer and theatre actress Mogau Sebeka clapped back very hard at her critics saying love lives here.

“You guys….You are definitely fetching me. But hey love lives here,” she gushed.