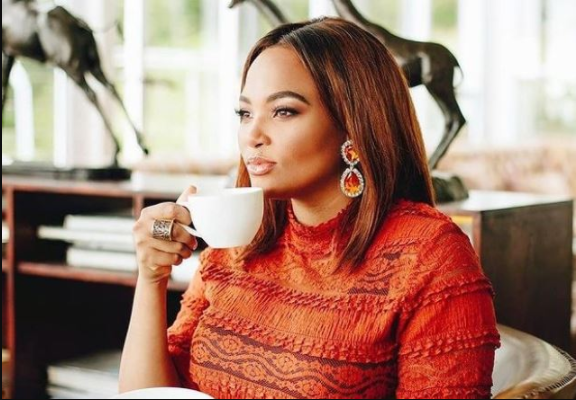 South Africa’s cooking Queen Siba Mtongana has announced that she has a new show that is coming to DSTV’s lifestyle channel, Honey.

She said, “NEW SHOW ALERT! The long kept secret is finally out…Honey, I’m back on screen…with a new show! 🎉📺🌍🍽️ I’m the culinary judge on House Of Chefs, a brand new exciting Pan African cooking show on @honeyafricatv where 8 chefs from across the continent will be battling it out in the kitchen to win a stint and opportunity at @siba_the_restaurant, a fine dining establishment based at the 5-star luxury hotel @tablebayhotelsa in Cape Town, under my culinary guidance and a $5000 US dollars cash prize to take home…Who will it be??🤔🧐🤷🏽‍♀️

People congratulated Siba on the new venture. They said,

@afri_ingi said, “It was Amazing working with you chef siba .you are one amazing woman I’m powering chef . Thank you so much for all the lessons and the fun”

@phumzile.mazama said, “The first in our continent, I stand to be corrected ❤️. I love this already”

@the_surplus_factor said, “Congratulations again Siba. You’re truly a girl on fire🔥. All the best with the show. Thank you for un-earthing and nurturing new culinary talent in our mighty and rich Continent”

@pulamontz said, “@sibamtongana Ooh, Congrats to you too👏😍. When you avail yourself God uses you so you are definitely doing something good too”

Making the announcement on Instagram, Honey said, “The knives are out in this cuisine competition with eight young chefs from seven different African countries.

On Monday, the Honey channel gave us the Woolies Winter CookOff which was hosted by Anele Mdoda. In the show we saw two teams go head to head in the ultimate winter cook off.

The two teams comprised off The Lazy Makoti’s Guide to the Kitchen author Mogau Seshoene, fondly known as The Lazy Makoti and the Bring Back My Smile’s presenter Kayise Ngqula.

The second team had Youtuber and businesswoman Mpoomy Ledwaba and Food Stylist Keletso Motau. Their job was to show viewers how easy it is to make meals this winter especially with everything that is happening in the country.

In a surprising turn of events, Anele gave both teams a win which put them both in first place.

In 2018, Siba starred in her own cooking series, Siba’s Table, on the DSTV channel, Food Network and she did not disappoint with her recipes.

At the time, Siba was the second South African cook to appear on the channel after Jenny Morris.

Pearl Thusi Told To Live Within Her Means