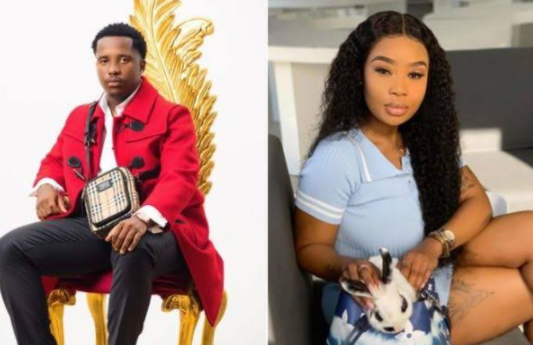 Influencer and socialite Sithelo Shozi, who just became a mother of three has declared that she and Andile Mpisane are married. The couple has two children together and things are looking pretty serious between them.

During her Instagram Live, Sithelo Shozi engaged with her followers and some wanted her to speak about her relationship with baby daddy Andile Mpisane. Greeting her was a follower who called her Sithelo Mpisane and did she not jump for joy. “You got that right, I mean hello! Yes I am married, y’all better leave me alone,” she laughed. She then made sexual innuendos when she added that her “stove” is at six, even the lights trip.

Complimenting her dashing looks, one of them said Andile Mpisane chose well and she agreed, “I think so too.”

The couple just welcomed their second baby together and it is a baby girl named Likuwe “Coco” Mpisane who she welcomed a month ago.

They also have a 1 year old baby girl by the name of Baby Flo and she likened her to being a sprouting flower, “My love for you is constant, more profound than the seas, more grounded than the waves, more brilliant than the sun, and I intend to spend the remainder of my life ensuring you know this, ensuring you accept this and feel this with each fiber of your being, ensuring you comprehend that this love I have for you is but a shadow of the love the Lord has for you.”

Sithelo’s third child Ntsika Makhosini, is from her previous relationship with Makhosini Maseko, and they call the 5 year old, Baby Makhosini. Sithelo gushed over her son, thanking him for choosing them to be his parents.

Sithelo and Andile’s relationship was marred with negativity where people called her a sexual predator. Andile is 20 years old now but when they started dating, he was a teenager of consenting age. That still did not sit well with people who accused her of preying on him, as she was in her mid 20’s.

At first it was reported that Shauwn Mkhize did not support their relationship but as time went she accepted Sithelo and was even excited about the second pregnancy.

During her baby shower, Sithelo thanked her family in love, Sbahle included, for welcoming her and accepting her in their family. “My family in love, your warm embrace, I will always appreciate it. You have welcomed me from day one and you treat me as your own. The values ​​of sisterhood and family that you have taught me and assured me of what is really important in the midst of it & can’t wait to pass it on to my daughters. “