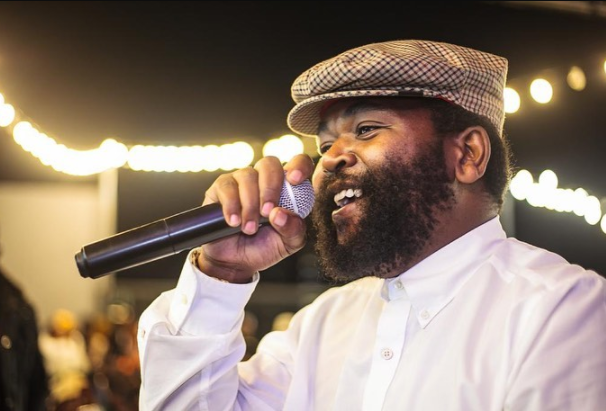 We were made to believe that musician Sjava was a married man when his ex-girlfriend Lady Zamar exposed his alleged “dirty laundry.” But the star denied those claims with a straight face. Now, he has come out to declare that he is a married man but he has more than one wife – in fact he has three.

If his post is anything to go by, Sjava might be a polygamist. Taking to Twitter the Indlalifa hitmaker posted his three wives in order. He did not specify in what order he ranked them but it could be in order of the first wife right up to the third.

Sjava was also rumoured to be dating his costar on eHostela Andy Mnguni. He posted cosy pictures of them together and captioned it with a heart. He then sparked dating rumours with a poet who worked with him on his album.

His fans reacted in an expected way as they asked the musician where was Lady Zamar.

Addressing the rape claims, Sjava admitted that he had a woman in his life when he met Zamar and she knew about her. She allegedly agreed to being his but it came to a point where she wanted him to choose. Sjava reveals he never had time for her hence the frustration and feelings of neglect that made her feel unloved.

“When we started dating in 2017 I told her I have a girlfriend and she understood that so we continued our relationship. However as time went on she changed and gave me an ultimatum to chose between her and my girlfriend. In our relationship a lot happened that left her unhappy as I was well invested in my music and neglecting her in the process,” he opened up.

The rumours of him being married where actually started by his mother as she announced that on stage at Sun Arena. Sjava also made headlines after it was alleged that he has a child but he was not supporting it.

“I hear the rumours of me being a married man, I am not married and I saw the headlines of me not paying child support, I do not have a child,” he shut down those rumours.

Sjava then apologised to Zamar, “I take the blame and I apologise for that and not loving you the way you wanted to.”

Putting this rape saga behind them, they are living their lives separately. But Lady Zamar found herself getting attacked on social media a few days ago. She has tried her best to remain away from the spotlight but the accusations continue to follow her.

Sjava in an interview admitted that the rape accusations really put his career on hold. “Career wise everything is going well, however mentally I am not coping. Even when I am in public spaces there is still that uncomfortable feeling I get from people, so I am still trying to heal from that.

“My music can be on the charts and it can do well but that does not mean I have healed. I am still trying to fix my spirits to be where it was before. What happened to me was not easy thing to go through. I do not wish it on anyone.”

@Sjava_atm talks about his healing process of the whole 2020 saga!

Kairo Confirms Mommy Has Given Birth?