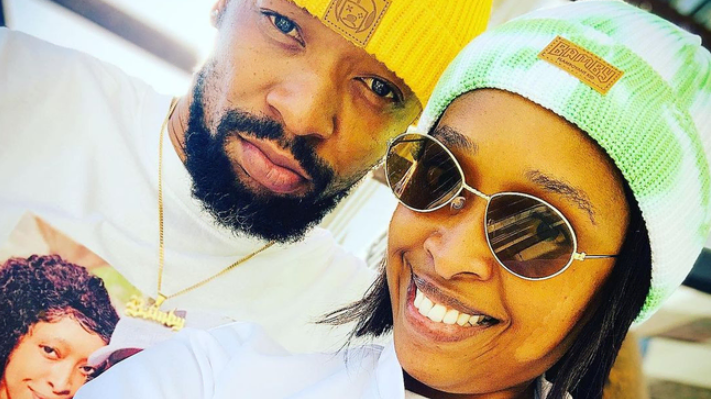 Actor Sthembiso “SK” Khoza says he wants to be a better man.

The star opened up about some of the issues he has realised he needs to fix for the sake of his relationship with his fiancée, Mandy Hlongwane.

Taking to Instagram this week, SK said he was willing to admit that he was wrong and revealed how bottling up his emotions had brought him to a point where he unknowingly was “emotionally abusive” towards his partner.

“Keeping things that break your spirit and hurt you inside is not always a good thing.

“I have come to realise that I have done so and I ended up not realising that I was taking it out on my fiancée, Mandy Hlongwane.
”Whenever I talk about what’s affecting me I would not address it in a calm manner and in turn I didn’t see that I was hurting her, and in a way I was being emotionally abusive towards her,” he wrote.

The actor, who stars in The Queen, went on to apologise for not addressing his emotional problems.

“She has made me understand that just because I don’t physically abuse her, I was doing so with my words, and I want to speak out and say that I’m sorry I didn’t address my problems and allowed them to overpower me.”

He went on to say that he was working on himself.

“Emotional abuse is really not good, especially because it breaks the other person in a serious way.

“I am now working on myself and I am committed to opening up, communicating more, and talking about the things that affect me. I am working on being a better person and partner.”

“She said yes. Khoza and Hlongwane are soon to be one,” he wrote in an Instagram post when making the announcement.

Lamiez Throws It Back To Her First Date