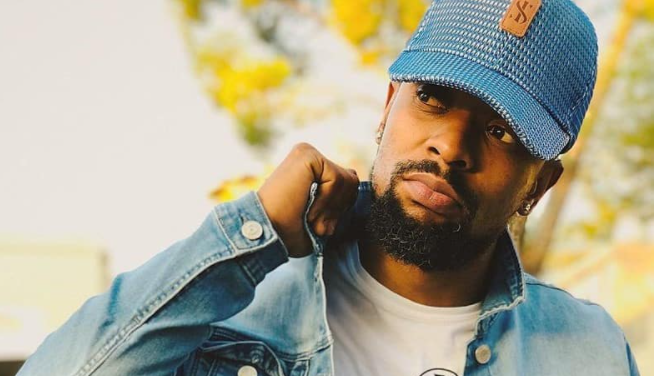 The Queen Mzansi actor, SK Khoza recently took to Twitter to inform his followers that his Instagram account was hacked and he has failed to recover it. The star revealed that he was hacked by a 16-year-old from Turkey who has contacted him on Whatsapp to request money. Khoza has asked his followers to help him get his account back which had close to a million followers.
“My Instagram account has been hacked, failing to recover it myself…Anyone know how to do that please assist. And then the person who hacked it is a 16-year-old in Turkey, sending me WhatsApp wanting money from me SMH.” He tweeted.

My Instagram account has been hacked, failing to recover it myself…Anyone know how to do that please assist. And then the person who hacked it is a 16 year old in Turkey, sending me WhatsApp wanting money from me SMH

This comes a day after SK issued a statement on social media admitting that he has emotionally abused his fiancée. In the post, he showed remorse for his actions and apologized to his wife-to-be Mandy.

“It’s good to admit when you are wrong and not let your pride get in the way of doing what’s right…Keeping things that break your spirit and hurt you inside is not always a good thing. I have come to realize that I have done so and I ended up not realizing that I was taking it out on my fiancé @Ayearndar whenever I do talk about what is affecting me I would not address it calmly,…and in turn, I didn’t see that I was hurting her and in a way, I was being emotionally abusive towards her.”

Khoza added that because he was not physically abusing her, it didn’t mean that it wasn’t abused as emotional abuse is just as harmful if not more.”She has made me understand that just because I don’t physically abuse her, I was doing so with my words and I want to speak out and say I am sorry I didn’t address my problems and allowed them to overpower me.”

He has now sought professional help and hopes to become a better man. He learning about healthier ways to express himself. “Emotional abuse is really not good, especially because it breaks the other person in a serious way. I am now working on myself and I am committed to opening up, communicating more, and talking about the things that affect me. I am working on being a better person and partner,” shared the former Channel 0 presenter.

In as much as his actions are uncalled for, his followers commended him on his bravery to open up on social media, seeing that he is such a famous figure. Hopefully, this will show more people that abuse isn’t only physical but comes in many forms and admitting that one needs help goes a long way.