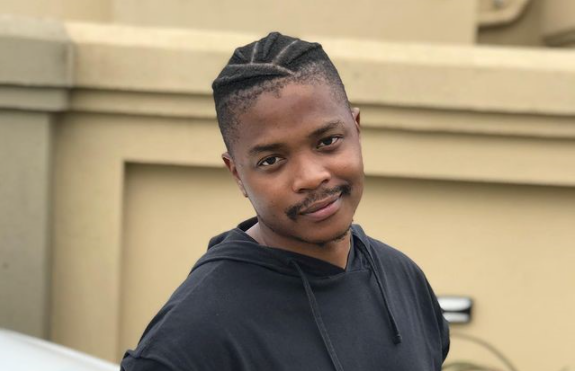 Last night’s episode of Skeem Saam left fans worried about Chef Kgosi after Lehasa Maphosa paid him a visit at his hospital bed. Chef Kgosi, Fanie and Nomfundo both landed in the hospital after Lehasa sent his goons to shoot up the whole Café Rovuwa. He then made sure he finished Fanie off after injecting a poisonous substance inside his drip. He was disguised as one of the guards at the hospital – this allowed him access to him.

Now it appears that he is using the same strategy to get rid of Chef Kgosi. We’re not sure what his motive for getting rid of Kgosi could be but there’s a few conspiracies been thrown around. Now that the cops are on his trail after the postmortem results showed that Fanie didn’t die from the gunshots, he could be trying to make it look like Kgosi and Fanie were planning to commit suicide ahead of their abalone trial.

The second conspiracy is that he is trying to get revenge after they illegally traded abalone at his restaurant and then blackmailed him to keep them as his employees.

One possible assassination that no one is paying attention to is that of Emkay. He has gone to the police with Fanie’s laptop which has all of Lehasa’s Skeletons hidden inside. He has already approached Maphosa’s uncle to let him know that his nephew is going down. To silence him, Lehasa might go out of his way to make sure that he disappears forever. That man will do just about anything to save himself.

However, him and his uncle are in for a surprise as they don’t know what awaits them. Peterson is already in possession of that Laptop and it’s only a matter of time till he gets all the information. Until then, Emkay’s life remains in danger.

Viewers have taken to social media to show appreciation to Gift, who starred as Fanie Maserumula.

Kea Leburu, who stars as Bontle in Skeem Saam to her social media to thank Gift for all the wonderful years on the show. She said that the last scene for emotional for her shoot.

Leburu revealed that she was nervous when she started out in the educational drama but Gift always made her feel at ease. “From the very first day, I met you I was a bit nervous I know you don’t know about this ) but yep I was.

“Given the opportunity to work with you I’ve never met someone so genuine and friendly, you made acting so easy and I enjoyed every moment I shared with you. Thank you for your kind heart, for the lessons you taught me and for always believing in me bro,” posted the actress.

The friendship doesn’t end on Skeem Saam though. They will still continue to see each other