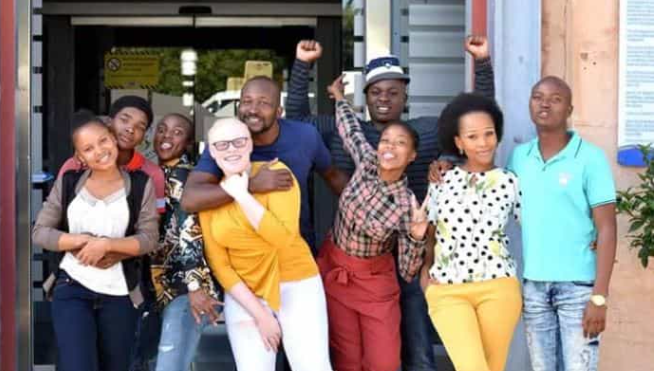 This year Skeem Saam celebrates 10 years on our television screens and to usher in the new season, the drama introduces two new faces.

Popular actress Fundi Zwane will be joining the drama and is set to play the character of Nandi, Sifiso’s wife.

Nandi is described as a strong woman in her late 30’s. She’s a homemaker and takes her rightful place as a committed mother and respectful wife. Born and bred in a tranquil village in Richard’s Bay, she has never found the hustle and bustle of the big cities appealing to her. Although she hasn’t vocalized this, she has always been a tiny bit jealous of Sifiso and Mantuli’s close relationship.
She will be making her debut in the drama on the 27th of July.

Another actor joining the talented cast of Skeem Saam is actor Mpho Molepo and will be playing the now recast character Jazzy T. A popular DJ in Johannesburg and a very good friend of Leeto. The Maputla family has never really been fond of Jazzy T as they believe that he has brought nothing but trouble in their son’s life. He will be appearing onscreen from the 29th of July 2021.

Some more new faces will be joining the show and will be revealed at a later stage.

Check out some of the biggest highlights from season 9 below.

Following a storyline that dragged on for nearly two years, Noah finally got arrested after handing himself over to the police.

Turfloop’s It-couple, Leeto and Mokgadi decided to end their marriage. The two were going through some marital problems and Leeto saw it fitting to file for divorce since Mokgadi kept on prioritizing Noah over their marriage.

Following various acts of harassment from Nimza on Pretty, she decided to take the matter to the University which resulted in a disciplinary hearing for Nimza and some serious consequences on his part.

Who would’ve thought? Wallet Rakay found love in the arms of Evelyn and the two are inseparable. Charles Kunutu’s conniving efforts to disrupt their relationship did not work.

One of the drama’s most subtle and overlooked characters Alfios finally got a storyline. He left his job at Charles Kunutu’s tuckshop and landed a tender at Turf University. The contract doesn’t belong to him but to Alfred Magongoa who is just using him as a front.

No one in their wildest imaginations would’ve thought that John Maputla would get intimate with Mantuli, let alone be Zamokuhle’s father. But it happened. Season nine saw arguably the biggest ever secret in the drama revealed. The DNA tests confirmed that and Meikie Maputla lost her marbles.