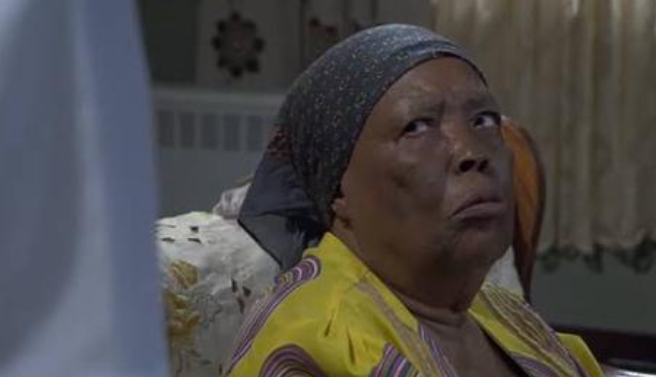 A Facebook post claiming that legendary actress Lydia Mokgokoloshi popularly known as Koko Mantsha on Skeem Saam has died is FALSE. The post has caused a lot of unnecessary panic on social media.

Entertainment Commentator Phil Mphela has rubbished the reports. He confirmed that the Skeem Saam actress is alive.

He tweeted: “Tweets and reports that Mme Lydia Mokgokoloshi has passed are FALSE. Nkoko Mantsha, as she is affectionately known to Skeem Saam fans, is alive. The FB page reporting this is NOT an SABC creates page.”

Responding to Phil’s tweet, Tebogo made people aware that spreading such malicious lies can land them in jail.

Another celebrity who recently became a victim of a death hoax is actress Masasa Mbangeni. The former Scandal star took to Twitter to rubbish the reports after a Facebook post claimed that she died from COVID.

She said the false news about her passing scared her mother.

“Got a frantic call from my mother who said she was woken up from sleep from a call from a colleague saying that in Facebook they say I’m dead from Covid because of this tweet. People don’t read for comprehension neh, now my mother must get a fright because of stupidity ugh,” she tweeted.

The actress had tested positive for COVID-19. She said it took a while for her to recover but now she is okay.

“I pray God keeps me till I get my vaccine. I’m so scared of this thing. I really got it quite bad when I had it, thank goodness I recovered at home but it took a while yhuuu,” she wrote.

Masasa recently lost a loved one due to COVID-19, taking to Twitter to open up about the sad news of her cousin’s passing, she said: “A cousin lost his battle with Covid this morning. Hayi guys andazi mna anymore”

Fans and other celebrities took to the comments section to share their messages of condolences.

Producer and actress Terry Pheto responded, “I’m so sorry babe”
@Pertunia28 said: “Condolences to you sis and family. I also lost my husband two weeks ago to Covid.”

@VictorKhoisan: “May your family be comforted through this pain. I was in the same place just a little over 2 weeks ago. Kubi”