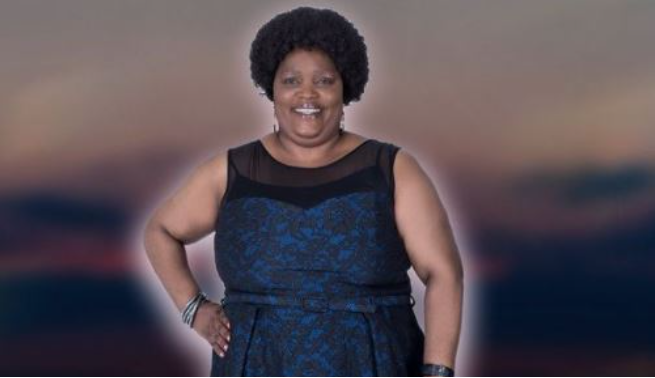 South Africa’s favourite soapie Skeem Saam has announced that the actress that plays Sis Ouma on the show has passed on.

Nokuzola Mlengana passed on today, 12 July. It is not yet clear what happened to the actress, she was 58 years old.

Announcing the news on their Instagram page, Skeem Saam said, “What a painful loss this is to us.💔 We love you and we will miss you dearly.
Rest In Peace NOKUZOLA (Sis Ouma) MLENGANA. May her family accept our warmest condolences and we send thoughts of peace and courage their way”

South Africans have been sending their condolences:

@oarabileronnie said, “😭😭Has God Forsaken Mzanzi? Or what? became waaow🙏may she rest in peace”

@0786507007 said, “May her soul rest in peace, my heartfelt condolences to her family, Skeem Sami production team and close relatives. I’m shattered, may you find comfort in God our father in such trying times”

@VACTERL_Dad said, “Initially played a very irritating role and she did it well, hated her ’til I loved her. She grew with the show and was a very realistic character, no doubt a great Ouma too. May the family and all friends be comforted”

@Siviwe82498109 said, “Oh my word this is so saddening, apart from the fact that I’ve known her from church, I’ve grown to admire her more on [email protected]”

“Nokuzola Mlengana’s death came as a shock. Thanks for sharing your God-given talent with us. May your precious soul find eternal peace sis Ouma
#RIPNokuzolaMlengana ”

Nokuzola’s character was not a fan favourite when she first hit our screens as she was a nosy security guard that was always up in arms with what was happening at Gauteng University. We were introduced to her when Kwaito and Tbose went to further their studies.

When she was moved to Turfloop University, viewers were worried that Sis Ouma’s character was gonna be saying goodbye but as luck would have it, her character grew. She became MaNtuli’s friend (in a way that nobody quite understands) and she was always there for MaNtuli (sort of).

We saw less of her at school and more of her at home. She particularly infuriated viewers when she was trying to push Koloi towards studying to be a security guard when he had greater dreams. Koloi’s mother had died and all Koloi had was her. She was a mother to him and these days, she was doing quite well as a mother.

Another Skeem Saam actor that passed was Leshole’s onscreen father, Big Boy Mabitsela who was played by renowned entertainer Charles Maja. Charles won the hearts of many viewers with his funny character on the show. Avid viewers of the show described him as a talented actor, who was always passionate about his craft. Big Boy’s character was not killed on the show but rather moved to a different place.

We will miss Sis Ouma on the show. Condolences to everyone that knew and loved Nokuzola Mlengana.