Skolopad Celebrates Her Birthday In Style

Skolopad Celebrates Her Birthday In Style 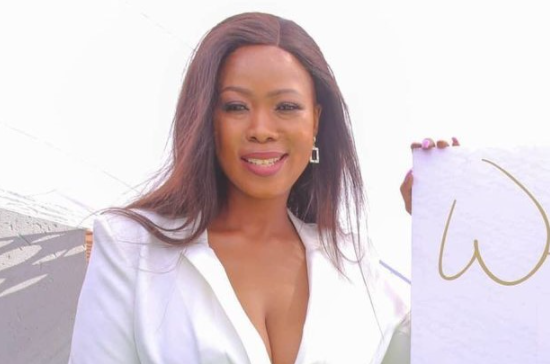 Controversial socialite Skolopad has kicked off October on a good good as she celebrated her birthday yesterday. Skolopad rose to fame with her revealing outfits at events and has never failed to turn heads when she comes out to play. Hence, it would be a crime to see anything less than glitz and glamour from her birthday celebration.

The socialite celebrated her birthday at Pitseng Tseng Ntsho in Bohlokong and it was attended by her friends and family. She took to her Instagram account to give us a glimpse into her birthday celebration and it was pure pizzaz. Sis donned a white suit and she looked stunning on it and it looks like she had a good time.

In September 2018, Skolopad was involved in a car accident. As a result of her accident, she couldn’t be able to go out and socialize. “Not because I was in pain or something but because I was ashamed of my sickness,” she explained.

She said she was struggling with the changes she suffered following that accident. The singer said some people did not understand her condition. “I had n still have a “mild Amnesia” after the car accident I had in 2018/09. I would see who you are but wouldn’t know your name which most people get offended by and it’s so embarrassing to explain that forgot who they are and hide it by saying it’s old age😔 some would accept it some would say kebo celeb botjena.”

In July 2021, she shared a video of herself walking down the aisle and it was not clear whether it was a music video shoot or she was getting hitched. Skolopad announced in 2018 that she was engaged to a married man. She confirmed the news in an interview with The Juice. She said, “He surprised me by booking a boat cruise for my friends and me. He then asked the right question at the right time, to the right person. I am happy to be wife number two to a Swati man.”

However she revealed that she ended the engagement with her husband in 2019 after he failed to provide the support she needed after the car accident that left with scars.

Taking to her Facebook page, she opened up and said, “I regretted being engaged I even quit b4 I even stayed with him he talks to me like m his child n he even remaindered me m stucked with him no 1 will love me cos m just a scrap with scars…