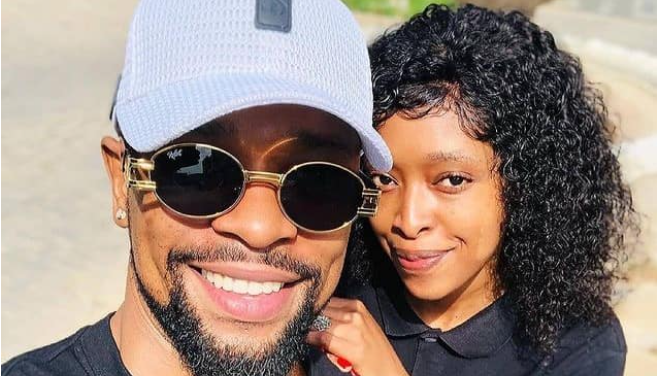 SK Khoza’s girlfriend Mandy Hlongwane is one of the many South Africans who’ve seen their businesses fall victim to the ongoing looting around the country.

Heartbroken, the dentist by profession took to social media to open up about the damages that occurred while she remained a law-abiding citizen. “I stayed home. Obeyed all the rules. Didn’t loot anywhere. In return mu SURGERIES GAT LOOTED.

“Cyril Ramaphosa You said we must stay at home and you will handle this. So This is what you meant by handling things. Ngoba ufindile uzothi I’m COLLATERAL damage plus 500 Billion on top.” 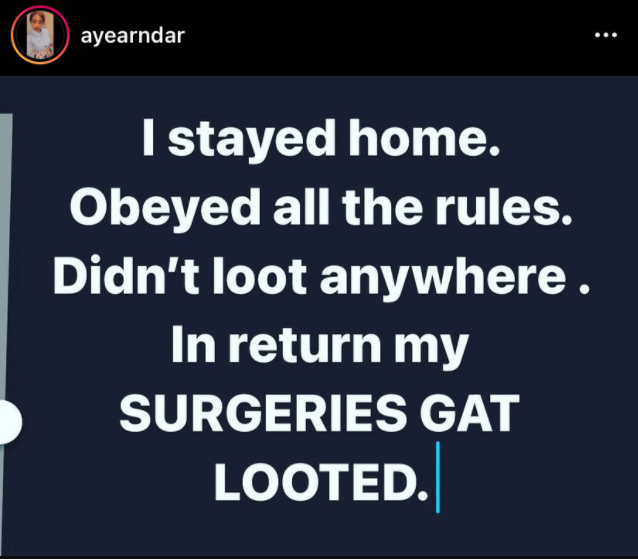 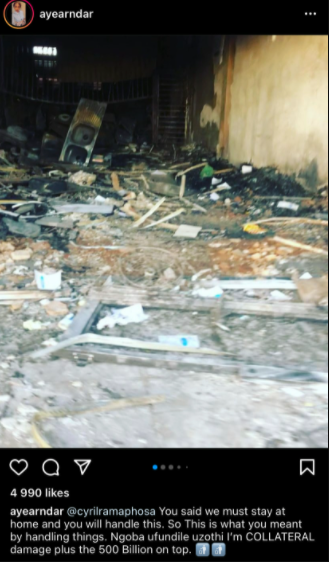 Another well-known personality to have their livelihood affected at the hands of looters is Penny Lebyane and her family. The radio personality has revealed that her sister’s salon was destroyed and looted yesterday.

“My heart was so heavy all of yesterday. I wept almost the whole day. My levels of anxiety have been so high because of the helplessness I have felt for months. The loss, the grief is too much to bear.

The salon was based in Soweto. She pleaded with everyone to stop the madness and added that South Africa needs a miracle right now.

The lootings have been happening across parts of South Africa since the weekend and have seen infrastructure across the country destroyed and many businesses looted of their stock. The country has been in a state of chaos ever since the lootings broke out and many people are losing their livelihoods as we speak.

President Cyril Ramaphosa addressed the nation this week and informed citizens that the national defence force had been deployed and would help bring back calm to the country, however, lootings persist in some parts of SA, more especially KZN and Johannesburg. This follows the arrest of political leader and former president of South Africa Jacob Zuma.

“Today my sister’s business was looted @brendanailssa at Pimville Soweto. I wept again, pleaded with God to do something to stop this brokenness. Children were part of the looters. We need a miracle.”

The Queen actor SK, Introduced Many to his fans in 2020 which was the same year he popped the big question and she emphatically said yes. This all happened during a live video on Instagram.

In the 37-minute-long video, SK can be seen talking about his work and showing gratitude to his fans for voting for him to win the best male actor at the KZN Entertainment Awards. A few moments later, he was joined by Mandy and he got down on one knee.

An excited Khoza added that their families are soon to be one. “KHOZA AND HLONGWANE ARE NOW SOON TO BE ONE” Khoza wrote. A teary Mandy couldn’t contain her emotions and needed a moment off camera to take in all the emotions.

Letoya And Wife Have No Intention Of Paying Their Bolt Debt