A soccer enthusiast shot during a suspected gang gun fight in Mitchells Plain on Thursday night is on the mend, but neither he nor the other four survivors of shootings in the suburb want the police to investigate. 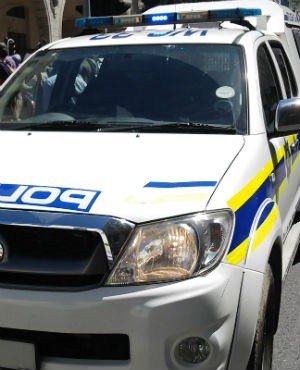 She described the atmosphere in the suburb as “tense” ahead of a meeting with police, which was related to the shootings.

She said the scholar’s mother was with him and did not want to speak to the media.

“All she wants is for her son to get better. He was in the wrong place at the wrong time.”

On Thursday night, between 19:10 and 19:25, one person was killed and five people, including the scholar, were injured at three different scenes in the suburb, east of Cape Town’s CBD.

Police spokesperson Captain FC van Wyk said police received a call at about 19:10 and were told that there had a been a shooting in Kreupelhout Street, Lentegeur.

When they got there, they found the body of a 22-year-old who had been shot several times.

Van Wyk said the incident was gang-related and nobody had been arrested.

Five minutes after the Kreupelhout call, police received another call about a shooting in Eros Way, Woodlands.

At that scene, four men between the ages of 18 and 24, were found wounded. They were taken to hospital for treatment.

“All four victims were interviewed by police and they informed the members that they do not want any criminal investigation into the matter,” said Van Wyk.

Van Wyk said a man who was found shot in his legs and left hand in Waterlilly Street, Lentegeur, after police were called at 17:25, did not want to take matters further either.

“The motive was gang related,” said Van Wyk. “The victim refused to open a criminal case.”

Police have, however, opened their own murder and attempted murder cases and anybody with information about the shootings can call Detective Constable Ricardo Louw of Lentegeur Serious and Violent Crimes on 082 411 2382.

In the meantime, in an unrelated incident, Mitchells Plain Crime Prevention officials received a tip-off about drugs and guns at a house in Twickenham Street, Beacon Valley.

The house was searched and a .38 special revolver, which was allegedly stolen in an incident in Belhar, a silver 7.62 mm Tokarev pistol, a 9mm pistol, and a variety of ammunition, including three 9mm magazines, were confiscated.

A stash of drugs, which included one gram of methamphetamine, better known as tik, three full mandrax tablets and another 10 halves of the sedatives commonly mixed with dagga were seized.

Van der Vent said the breakthroughs made the community very proud of the police.

“They are turning the negatives around and showing us that not all are corrupt,” said Van der Vent.

4 KILLED IN COLLISION BETWEEN CAR AND BAKKIE IN MPUMALANGA