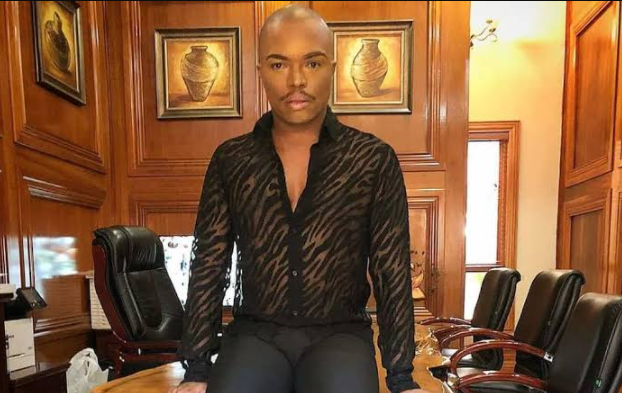 TV and Radio Personality Somizi Mhlongo has been dragged again on Twitter, this time for an old video of his interview with MacG on 94.7.

In the video, Somizi revealed that he had a crush on MacG, he said he could not pursue things with him because MacG was too young.

MacG: I was depressed & broke, it was after I was fired

Somizi: Damn, where was I to pounce on you, I've always had a crush on you but you were too young

MacG: But I'm only into girls

Somizi: But when you vulnerable anything goes pic.twitter.com/WrqEYFhHp1

This seems to have rubbed other Twitter users the wrong way. @MrPanache wrote: “that Somizi and MacG interview is grounds for us to believe Mohale. as it should be and always should have been.”

BongweD said, “That MacG and Somizi interview reminds me when I was fired from my work after fighting back some gay guy who always uttered those distasteful words to me, Somizi will get away with it, Maybe MacG also tried to report and was fired from 94.7, straight men we are on our own.”

MacG's interview with Somizi made me realize that Mohale was right all along..

In fact, these 3 are in the same WhatsApp Group…🤞 pic.twitter.com/iRJPEtFmV3

However, others believe that Somizi was just being himself. @DJNewAfrica tweeted: “Are we now going 2 forget Somizi’s sense of humor based on his current challenges & allegation? He’s always been that guy that speaks a lot of extra things 4 humor, I mean even MacG is laughing, knowing Somizi’s persona. Let’s not personalize things, to fit the narrative of today.”

Vulnerability can lead anyone to do whatever it takes to survive the situation they going through Somizi was trying to say this to MacG in that old interview it’s an old interview old interview Rhaa maan live Somizi alone fok pic.twitter.com/qol18x9E20

Somizi has been making headlines recently following the abuse allegations made against him by his estranged husband Mohale Motaung.

He, however, has denied the allegations saying: “Never in my wildest dreams did I think that one day I would have to defend my honor as a result of someone I have loved so deeply and so genuinely deliberately harming a reputation I’ve worked so hard to build. For the most parts of my life, I’ve kept my relationships out of the public eye until my one and only marriage which you witnessed on television and other social media

“It took me this long to arrive at a stage where I could make the conscious decision to share my life traditionally and lawfully with someone and that should explain the level of depth of my love for that person and commitment to that person. It is incredibly painful that what I thought would be a beautiful new normal for the rest of my life with the love of my life, is no longer what will happen,” he said in a statement.

Mohale maintains that he was abused, “I did in fact experience abuse at the hands of my estranged husband both physical and psychological. It is not my wish to seesaw my experience against his as he only has his conscience to reckon with,” he said in his recent statement.

Thembisa Nxumalo Is Out Of Danger