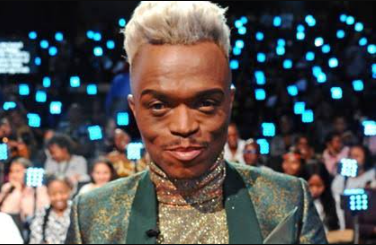 TV and radio personality Somizi Mhlongo has been granted some time off. The South African Broadcasting Corporation (SABC) confirmed the news on Twitter today.

The public broadcaster said Somizi requested some time off and the management has allowed him.

The Corporation tweeted: “The SABC can confirm that @METROFMSA
management met with Mr. Somizi Mhlongo and he has requested to take some time off from work. Management has granted Mr. Mhlongo permission to do so.”

SABC also acknowledged the comments made by social media users on Somizi’s matter. The broadcaster said it does not condone abuse and violence.

“The SABC has also noted the comments on social media about Mr. Mhlongo and we would like to point out that the public service broadcaster does not condone any acts of abuse and violence,” tweeted the SABC.

Viewers, however, are still not satisfied with the SABC’s decision. Maurice responded: “But he shouldn’t have to ask to go on leave, if the Corporation does not condone abuse and violence Mr. Mhlongo should have been suspended and granted enough time to go clear his name. Unless it’s leave without pay, then this is just paid holiday while this blows over. Do better!”

So Katlego was relieved of hos morning show but Somizi is given time off? Yoh some animals are special I see

There have been numerous calls for Metro FM to take action against Somizi since the abuse allegations against him surfaced.

On the audio clips Mohale said Somizi threatened him with a knife, he also alleged that there was also infidelity and jealousy issues in their relationship.

Somizi later issued a statement through his legal team saying he won’t be commenting on the matter until deemed necessary by his legal team.

The statement read: “Given the severity of the allegations, Mr. Mhlongo has referred this matter to his legal team who are best equipped to handle the matter moving forward. No further comment will be given until such a time deemed necessary by his legal representation.”

Several celebrities have rallied behind Mohale and showed their support for him. Meanwhile, fans say they want Somizi to be given the same treatment as other personalities who have faced serious allegations such as DJ Fresh, Katlego Maboe just to name a few.

Sjava's gigs were cancelled after he was accused of a rape. Katlego Maboe lost everything. DJ Fresh got fired by Metro FM. So you guys want the side of the story ku Somizi?

I wonder where is that guy who sexually harrased Pearl Modiadie, l bet he goes to work like nothing has happened yoooh metro fm🚮🚮