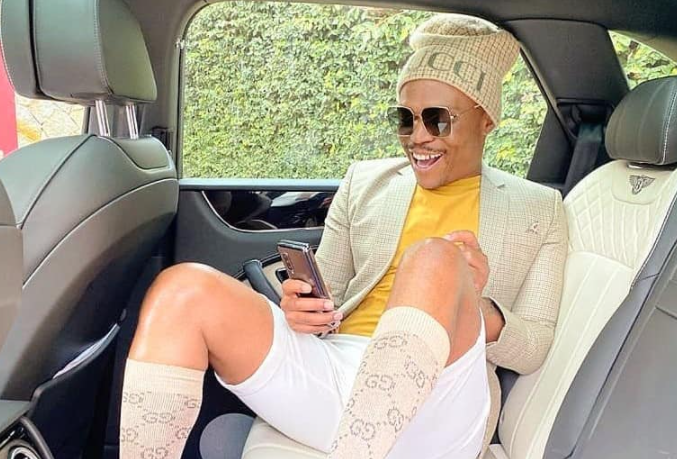 After the first four guests of The Braai Show With Cassper Nyovest were announced, Somizi topped the trends list. Not because viewers are excited to see the bubbly media personality back in action, but because many thought cancel culture was in full effect.

Cancel culture in simple terms, means that when a prominent person gets caught up in a scandal, which is largely influenced by Gender Based Violence of all sorts, they have to have their privileges stripped away. These include their sources of income, their media presence and so forth. Basically, the celebrity should be cancelled in other words, they should not be celebrated anymore.

Tweeps thought that Somizi Mhlongo would get the exact same treatment and get cancelled. Well all was “going well” when Metro FM, Idols SA and Bathu elbowed Somizi, however when he was announced as one of the guests on the Braai Show, social media went on a frenzy.

1st guest is Zozibini Tunzi and she will be accompanied by an array of stars in the season, including Somizi, Makhadzi, Mihlali,etc#KgopoloReports pic.twitter.com/Ye6ooEymiB

I thought Somizi was canceled. https://t.co/wfPqsvPok0

etc won an Oscar. and is a brilliant actor. while somizi stands accused of abuse. he should not even be on this lineup. https://t.co/Od8xWGqH9R

Until this day I still don't understand how Somizi Mhlongo and Karabo Maboe lost their jobs but Bishop I Makamu still has his🤷🏾‍♀️#WhenToTakeTheRingOff Bonginkosi Khanyi Babes Wodumo Kamo Mphela pic.twitter.com/iIOUccN40f

Somizi is part of the LBGQ community and those people are in positions of power & will never throw their own under the bus. As for AKA, we are yet to see him recover fully.

We are tired of seeing Somizi yho https://t.co/lLv0xAC9ss

Somizi Mhlongo is accused of abusing his estranged husband Mohale Motaung both physically and emotionally. The entertainer denied these allegations and said he just wants to have a smooth divorce as heartbroken as he is.

Not that life is any easy for Mohale because he too felt the wrath of social media after that audio got leaked. Many feel as though he used Somizi to gain fame and money so he got bullied to the point where he had to switch off his comments on social media.

The idea of ‘cancel culture’ does not impress a lot of people because it just does not seem like a fair treatment. Take Katlego Maboe for example, the presenter, musician and all-round entertainer literally lost everything when his ex-girlfriend and baby mama exposed his cheating ways on video and then accused him of abuse.

A pretty tricky situation because fans feel as though his bedroom affairs have nothing to do with his career and the brands he is associated with. But the drama and negative publicity he received was probably grounds to disassociate him with their companies. Especially because there are accusations of abuse, which he denied.

In order to restore his image back, he has lawyered up against Monique Muller, her brother Seth Muller, a non-profit organisation called Women For Change which caters for gender-based violence victims and the SA Film and Television Awards (Safta) for revoking his nomination.

Other prominent people include DJ Fresh and his buddy Euphonik who were accused of rape by a woman on Twitter. This allegation was not the first of it’s kind, which is what angered many people. They too lost their jobs but they still got booked to perform at various gigs, proving that they did not get cancelled.