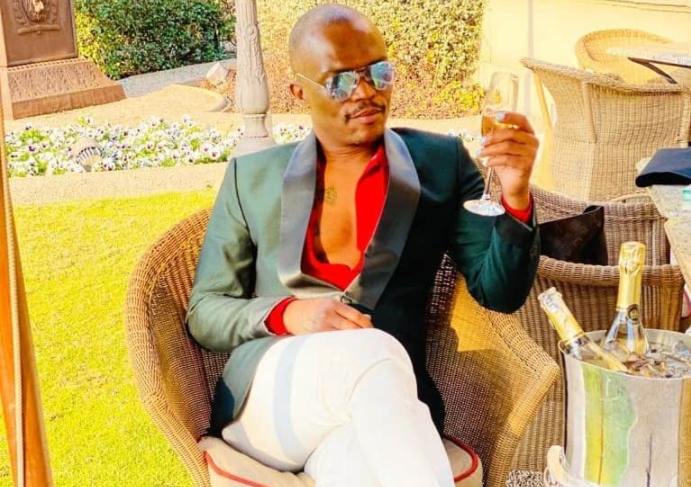 Somizi Mhlongo’s problems seem to be piling up as the media personality is set to appear in court over the mishap which took place last year. In April last year, Somizi found himself having to face the full might of the law when he “joked” about revealing lockdown information, claiming to have received intel from Fikile Mbalula.

Minister Fikile Mbalula laid charges against Somizi last year for spreading fake news relating to the nationwide lockdown. Spreading false information in relation to the pandemic, has been deemed a criminal offense. Just before president Cyril Ramaphosa could announce that lockdown would be extended further, Somizi revealed it first and said Mbalula told him.

At kno stage did i speak to @Somizi about lockdown my phones can be checked or meet with him. Just called him now to rectify. pic.twitter.com/F22LnRb6kg

This put Mbalula in a very awkward position as it seemed as though he went around revealing private information to other people. Hence the need to lay charges against Somizi.

Spoke to @somizi he was not even aware about what his joke could mean for me if it was true. Apology accepted 👏👏👏👏🙌 pic.twitter.com/1XB53GjlNf

The media personality now has to face the court in October as he is faced with charges of allegedly contravening the Disaster Management Act.

Dineo Ranaka then got dragged into the whole mess because Somizi had told her during an IG Live. Because of this, she became state witness. A few months back, Sunday World reported that Dineo was asked a few questions relating to the incident by the National Prosecuting Authority (NPA) and in her statement she contradicted Mhlongo.

Somgaga was only apparently joking and said he had told Dineo, however Dineo Ranaka allegedly told investigators that Somizi never said he was joking, it was only after he was put in the firing line did he make things clear for her.

A source told the publication, “That is the problem because he only said he was joking later. So, Dineo couldn’t lie under oath because she could be charged with perjury. She had to tell the truth.”

Delaying the case further is because it is believed that Somizi’s and Fikile’s lawyers supposedly are not satisfied with it being heard at Randburg magistrates court. Apparently Fikile should have opened the case where the offense took place which is at Auckland Park.

This is just another addition to Somizi’s problems. A few days ago his estranged husband Mohale Motaung accused him of being abusive towards him and almost cracking his ribs. This resulted in Somizi temporarily losing out on his job with Metro FM and Idols, and also saw Bathu distancing themselves with him.