Somizi Will Not Be Returning To Idols SA?

Somizi Will Not Be Returning To Idols SA? 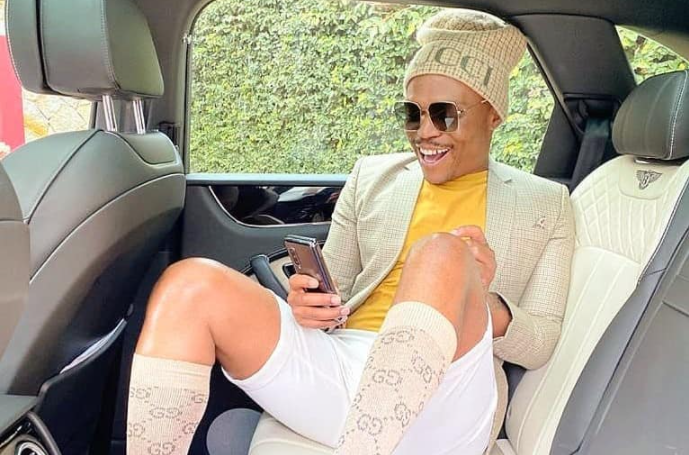 Usually when there is a scandal, celebrities attached to major brands are laid off temporarily so they can deal with their issues. In most cases, such brands do not want to associate themselves with people whose images have been tainted beyond repair. Such is the case with Somizi Mhlongo who has reportedly been given the boot by Idols SA and he will be replaced by celebrity guest judges.

His fans have been hopeful that after the dust has settled, Somizi Mhlongo would come back on the show. However according to Daily Sun, it seems as though Somizi will not be returning on the show.

Somizi’s career has been in turmoil ever since a damning audio got leaked where his estranged husband Mohale Mhlongo accused him of being abusive, controlling and jealous, to the point where he allegedly threatened to take both their lives.

Various brands distanced themselves from Somgaga and these include Metro FM who claimed that he asked for some time off. Bathu, who is in partnership with Somizi excluded him from a stores opening after he was billed to make an appearance. And now Idols SA.

According to Mzansi Magic’s statement, guest judges will be brought in weekly, “Idols SA fans should brace themselves for an exciting line-up of celebrities, who are set to add some pizzazz when they join Unathi Nkayi and Randall Abrahams as guest judges every week. Their new voices are certainly going to add a new flavour to the feedback given to the Idols SA season 17 hopefuls,” they wrote.

Ahead of each episode, the channel will announce the judges who will be making an appearance.

According to Sunday World, the one person who will be taking over Somizi’s seat would be Kelly Khumalo, however that is still an unconfirmed rumour. Kelly being good friends with Mhlongo, she might have been sceptical about taking the “offer” however time will tell. She will however be one of the guest judges on the show.

“Khumalo will definitely be one of the guests,” a source told the publication. “She is already an M-Net talent and is doing well for the channel,” it added.

The audio clip which created all this mess was from an interview with Legend Manqele for Somizi’s reality show, Living The Dream with Somizi. His production company was working with Somizi before but suddenly their relationship reached rock bottom.

We could not help but wonder if this fiasco has anything to do with it, but Legend Manqele told TrueLove, that their separation was a business decision. All eyes and fingers pointed at Legend as the number culprit to have leaked the audio but he said he has nothing to gain from creating this scandal.

Legend flatly denied being the one to leak the audio, saying he too was perplexed when he found out about it being leaked. “I have no idea who would do something like this,” he said.

“This is not how I do things, and I always try as best as I can to protect my peace. I was also shocked when I discovered that the recording had been leaked.”