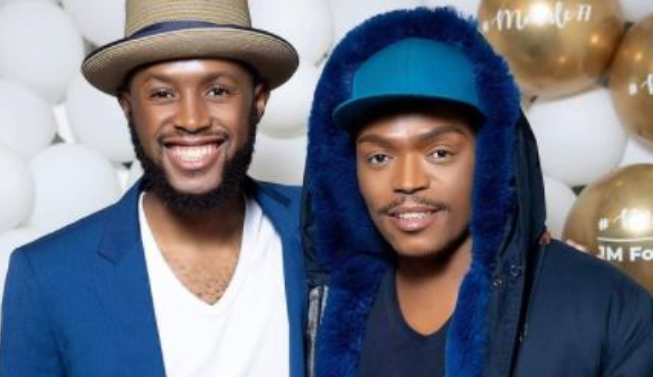 Mohale’s alleged ex-husband has bagged a deal with Mzansi’s public broadcaster SABC to air his hit reality show Living The Dream With Somizi on SABC 1.

Somizi’s show will be airing on the free to air platform from next week Saturday, 17 July.

Viewers will be treated to double-bill episodes from 18:00 to 19:00 as they get an inside look at Somizi’s fast and colourful lifestyle.

The reality show follows the flamboyant entertainer as he gives us a front-row seat into his personal life and the charismatic characters that influence his fast-paced lifestyle.

Somizi recently took to IG TV to share some words of wisdom to those struggling with mental illness. He reminded his followers that they are not alone– even celebrities go through the most. They are just good at hiding it. He urged people who follow celebrities to not compare themselves with others.

“And I am sending this message to everyone that goes through that message. But what sets you apart from people who are in turmoil more than they should it’s that you are honest about what you are going through. Your pride and your ego do not get in the way of you sharing it with other people that you trust” Somizi said.

“You see your favourite people or celebrities always glamorous and you want to compare yourself and wish you were them. Some of us pretend better. Don’t do that to yourself. I’m speaking to you – you see sadness, anxiety and depression has nothing to do with wealth. We all go through the same things the same way. The only different thing is our statuses. Emotionally and spiritually we are the same. That is the beauty of God.”

Somizi is definitely booked and busy, he has no time for chit chats as he is busy making money moves.

The personal chef has also told people that when they call him should be calling to collect bags and stacks of money. Somizi is clearly planning on becoming very wealthy so people who call him for a friendly chat are not welcome.

Should a phone call come through, he will simply ignore it and move right along. In a video in which he captioned, “Old age thing I guess and I’m ok with It.” he says, “This message is for the over 45s. Guys, I don’t know about you but at my age at 48, I can’t stand phone calls njee.”

“If you call me and I don’t answer, it’s either I’m ignoring it or I’m busy. But most of the time, chances are I’m ignoring it because I don’t like njee conversations. If it’s that important and that urgent, send me a text message and say ‘Somizi, this is very urgent. And it better be urgent.”

We know how you feel Somizi and we totally agree. Keep making those moves. We cannot wait for the next season of Living The Dream, in the meantime, those who did not get a chance to watch the previous two seasons can now catch it on SABC 1.