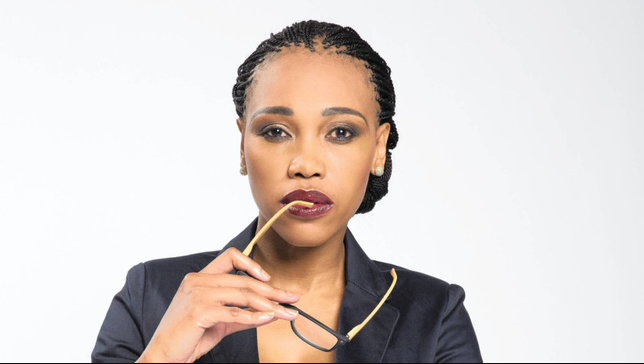 It’s Women’s Month. As such, we are celebrating those individuals who are making a notable difference. One such pioneer is seasoned actress Sonia Mbele.

Aside from becoming a household name as Ntombi Khumalo on Mfundi Vundla’s hit soapies, “Generations”, she went on to star in several critically acclaimed TV shows as well as home-grown movies.

While her long-standing career helped her hone her craft, it also exposed her to the cracks in the industry. It was something that didn’t sit well with her and she decided to do something about it.

And so, three years ago, she launched All About Films.

Her recent acting comeback in Mzansi Magic’s telenovela, “DiepCity”, was quite serendipitous in that it allowed me to finally have a chat with her and unpack her journey.
She had a lot to say. Her candour was most commendable.

She said: “Look, I think I’ve always known that this was the natural progression that was going to happen anyway.

“And I will tell you why. As a young kid, I would write music lyrics and short stories.

“And I remember the first time I went on a flight and I was fascinated by the chicken or beef notion and I wrote a short story about it.

“I’ve always known that this was the direction I was eventually going to take. And it got to a point where going on set just became very monotonous and very routine.

“And I said to myself, ‘Sonia, be the change that you want to see’, because there are certain things that are happening, in terms of production, that you are not happy with.

“And maybe be behind the scenes and implement those changes for the better or the betterment of the industry. So that is what I did.” 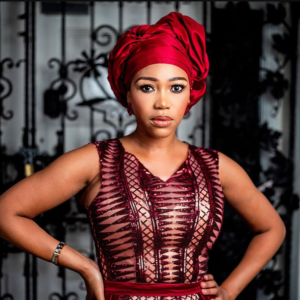 As with everything in life, these leaps require planning and preparation.

She added: “ I didn’t just jump into it. I took a writing course with the NFVF (the National Film and Video Foundation), which is called the Sediba Programme.

“I took that. Then I went overseas. I went to Manchester, London, and I went to the US, just taking short workshops on how to become a formidable producer, basically.”

To date, she’s given us two reality shows.

Mbele pointed out: “Look, I’m still an infant. It’s been three years since I went into producing full time, so I’m still taking it easy.

“So far I’ve done ’The Real Housewives of Johannesburg’ (season 1 and 2) and ’Pastors Wives’.

“There are so many things that need to be changed in this industry. I’ve also made some mistakes as a producer. But I’m an infant.

“I’m not making any excuses but I’m just saying there are so many things that need to be changed and I found myself in a situation where I’m beginning to dislike what I’m doing or the environment that I’m in.

“And if somebody like Sonia, who is ‘established’ is hating being on set, then the young girl and the young man stand no chance, right.”

Although it is still early days for Mbele as a producer, she’s encountered positives and negatives.

“The rewarding thing is definitely when you see something that you created, that you had a hand in, being on television, and how it is received.

“To see that it is trending and people are talking about it and they are excited and can’t wait to watch the next episode.

“And wherever you go, they are like ‘Oh my god, I love your show, you are doing such a great show’. That is the plus.

“The downside is just experiencing the challenges that the industry as a whole has to be plugged in.

And while her passion is her compass, her tenacity is her greatest weapon against detractors.

She also admits to being a hands-on producer.

She explained: “I’m that producer who is the first to arrive and the last to leave.

”And I get comments like executive producers are hardly ever at work.

“I’m very hands-on not because I’m micromanaging but I know what I need to see at the end of the day.”

In SA, women are starting to make their mark in the industry. The narrative may be changing, but it is slow.

Meanwhile, she is excited to be returning to acting. She’s been cast as Zola, a drug lord, on “DiepCity”. 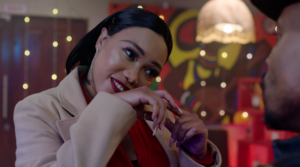 On tackling a character that strays from her past likeable characters, she shared: “Look I’ve played a villain before, I’ve played a gangster before on ’The Imposter’. But I feel she was killed too soon. So I feel like I didn’t have any closure,” she laughed.

She added: “I felt I needed to explore the character, even more so when this character came and I was like, ‘Wait, now I get to finish what I started and sink my claws into it’.

“I just want to make her as psycho as possible. I want people to see the horns on the devil. They must run.”

Before returning to her scenes, she said: “You have not seen anything yet as far as where I want to go. It’s the change I want to bring to the industry, but positive change. I’ve learnt from my mistakes and I know I’m not about to repeat them. If the budget doesn’t make sense, don’t do it.”

In breaking barriers, Mbele is taking things in her stride. Good on her!