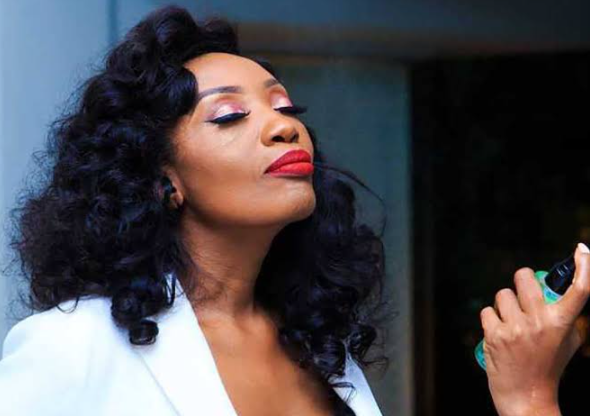 Congratulations are flooding in for actress Sophie Ndaba. The former Generations star has officially joined the eTV family.

Sophie will be making her debut appearance on House Of Zwide tonight at 7 pm.

She shared the exciting news on Instagram with a snippet of her appearance on the show.

She captioned the video: “The Queen Lands Tonight on ETV 7 pm
@realhouse_of_zwide”

According to Phil, Sophie portrays the character of Jo on the show, one of the top clients.

He tweeted: “Sophie Ndaba stars in House Of Zwide. Ndaba plays the role of Jo, one of the top clients.

“Ona makes the big mistake of implying that Jo is too fat for the dress she is trying on … and hell ensues. Ndaba enters the show TONIGHT.”

Fans are already looking forward to seeing Sophie on the show. @just_carol8 said she does not usually watch House of Zwide but today she will be tuned in.

“I’ve only watched one episode of House of Zwide, but I’m definitely tuning in today to see my Queen acting again. I missed her so much. I last saw her on Lockdown and I want more. Thanks, Phil.”

“Bra is Ona going to end up with the white dude’s company working against Jack? Faith is giving Ona sh*t,” another fan wrote.

In the song, Ocean L speaks about the pain his stepfather caused to her mother.

He says: “I always thought that you were one to protect us, instead you always pulled up and stressed us. You are the reason mama fell into depression. You used her for her fame and her money. You got it all and you left us with nothing.

“We had to start from scratch it was [a] struggle. Hard to put food on the table, while you’re busy buying Bentleys & Bit***. Can’t believe my mama [is] in this position, Imma put you in the worse position.”

He continues to speak about how he cheated on her with a girl young enough to be his daughter.

“Okay Max, let’s the people [know] who you really are in fact, bipolar n***a fake Rolly (Rolex) on the wrist. The King of the men are trash that’s a fact. You left your wife alone bruised upon the body. I won’t forget that day when you hit her cause you cheated, you cheated with my best friend well that’s a shocker. She old enough to be your daughter, R Kelly wanna be

“A devil in disguise is what you really are, I thank God you not my father I fear for your children. My mama had it with your sh*t I’m glad she chose to leave disrespectfully you are [a] tragedy. Fake gangster, a bad father with a fat belly.”

Mona On Co-Parenting With Khulu Skenjana