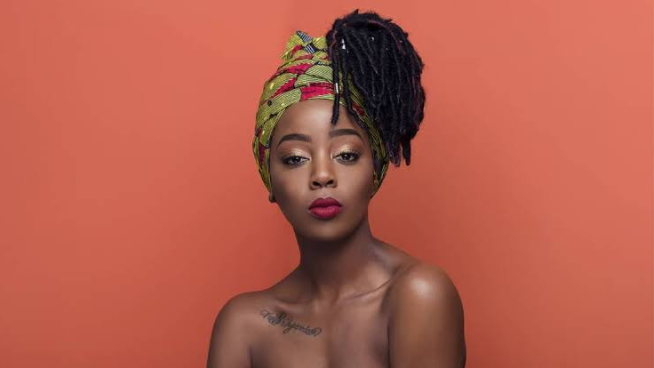 Thuso Mbedu did not mince her words and she caught some heat for it. The actress tweeted about her heartbreak with all that is currently going on in the country. This morning, the President declared a State Of Emergency in KwaZulu-Natal and Gauteng following the looting of various malls and businesses in different parts of the country, especially in those 2 provinces.

“South Africa is burning!” tweeted a perturbed Thuso who quickly got attacked by Tweeps for apparently being “misinformed.” People told Thuso to focus on her American affairs and stop spreading lies. They would have preferred if she singled KwaZulu-Natal out instead.

These protests which turned into looting started when former president Jacob Zuma got arrested at the Estcourt correctional service. What started as #FreeJacobZuma protests, quickly turned into looting with angry South Africans looting and burning malls in parts of the country. Many are making assumptions that these protests are fueled by other problems and Zuma’s arrest was the match that lit the fire.

Thuso then engaged in a back and forth with Tweeps telling them where to get off, “Let them come. Are we going to pretend that it won’t effect the rest of the country in some way, shape or form? Let them come. I’d say the very same thing if it was happening in the Western Cape or the Free State or the Eastern Cape. Kuyasha and it will effect a lot of people.”

Thuso clapped back hard at trolls; “Don’t flatter yourself. I don’t need or want your attention, Clarence. If you knew about my existence before this tweet I can tell you now that you haven’t known about me for long, and you know what, I was inhaling and exhaling just fine.

Following the President’s speech last night regarding the lockdown, Amanda Black expressed disappointment at what she perceived as tribalistic comments about the looting.

Let them come. Are we going to pretend that it won’t effect the rest of the country in some way, shape or form? Let them come. I’d say the very same thing if it was happening in the Western Cape or the Free State or the Eastern Cape 🤷🏾‍♀️ kuyasha and it will effect a lot of people.

Ok, crush yakhe, hayi kabi. Kulula uku-celebrata ama-achievements of people from different provinces in Southy and hail them as South Africans but they aren’t allowed to speak of a South Africa that is in pain when it suits those same people? Nooor man Make it make sense bakithi.

And I am disappointed in you 🤷🏾‍♀️ we cancel each other out shuthi.

“I think tonight the president couldn’t even fake caring any more. That was the last time I watch an address. I get it. I’ve been getting it. But hope doesn’t kill. It just means you know you deserve better. We deserve better as a people. We matter OK?! Don’t forget to vote.”

She even directed her next tweet to Ramaphosa saying, “What the f**k is ethnic criminality!? Ethnic mobilisation? A whole president of a country?”

Such disdain from a president in a country where majority of its people are hungry and impoverished and affected most by this pandemic.

So many corrupt and bitter politicians using the Zuma debacle as a ruse to create chaos and destruction.

"Not in my name"…. said no African leader as they watched their "beloved" countries burn.#KZNisburning #eSwatiniisBurning