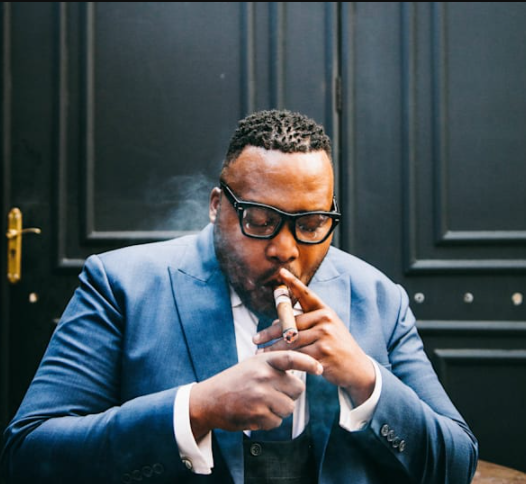 On Monday, video clips of the physical altercation between Nota Baloyi and Stogie T, real name Tumi Molekane, went viral. Many had claimed that Nota got slapped by Stogie T, but he claims he did not lay a hand on him. Instead, he apparently pinned him to the ground and managed to rip his clothes off.

Many people were sceptical to believe that Nota would pin down Stogie T however, another video clip got shared and it seems as though people are changing their tune about what or who to believe regarding what had transpired.

Following the incident, rapper Stogie T released a statement where he addresses this fracas and said he reserved the right to defend himself from Nota. He slammed Nota for slandering people in the industry and making a name for himself in this manner. He deduced that Nota is a “clout chasing clown.”

“As an artist, I support free speech and the right of anyone to express their feelings on various public platforms. I have come to accept that people will either love or reject what I produce. Nota Baloyi has made a name for himself by slandering various creatives in the arts and culture space, with the particular vitriol reserved for me.

“He has lied about encounters, charged me with destroying culture, one time suggesting my mother was a corrupt public servant who cheated the state to prop up my European tours with Tumi and The Volume, and most recently, suggesting I am a woman beater.

“Yesterday, at an event touted as bringing hip hop together for the love of the culture, I was minding my own business when Nota encroached my section. I interpreted this as a provocation and gestured for him to leave and an unfortunate fracas ensued.”

Stogie apologised for finding himself at that awkward position, “I regret that it had to get to all that and would like to extend my deepest apologies to my wife, my family, my church, and the hip hop community. I try my utmost best to be respectful, but my dignity and family honour are red lines. I reserve the right to defend myself against clout chasing clown trying to violate me and my name!”

Nota also immediately addressed the fight and with the use of profanity, further dragged Stogie and said he did not touch nor slap him one bit. “He didn’t even scratch me, didn’t even come near me. He tried to swipe at me but he was so slow, I could duck, move, grab his hand and make sure his fist hits the ground before he could hit the ground,” he said, adding that Stogie bounced on his belly.

“I walked up to Stogie T after he told a friend of mine that he was looking for me. They got into a fight and he ended [up] punching a woman because of that fight.” Nota said adding that this fight apparently occurred two weeks ago. Not said the reason for approaching the rapper was to teach him a lesson for allegedly “beating up women.” 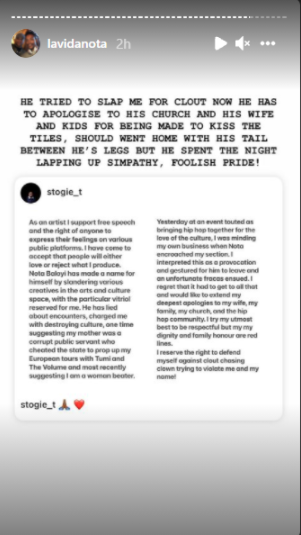 Nota then said he will be suing Stogie T and attempt to end his career: 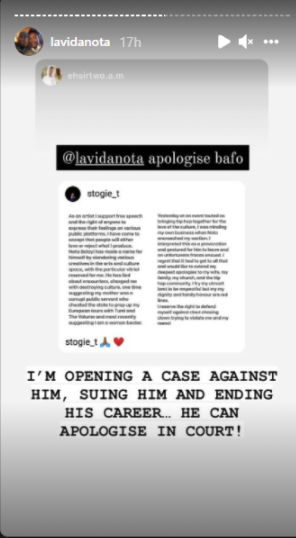