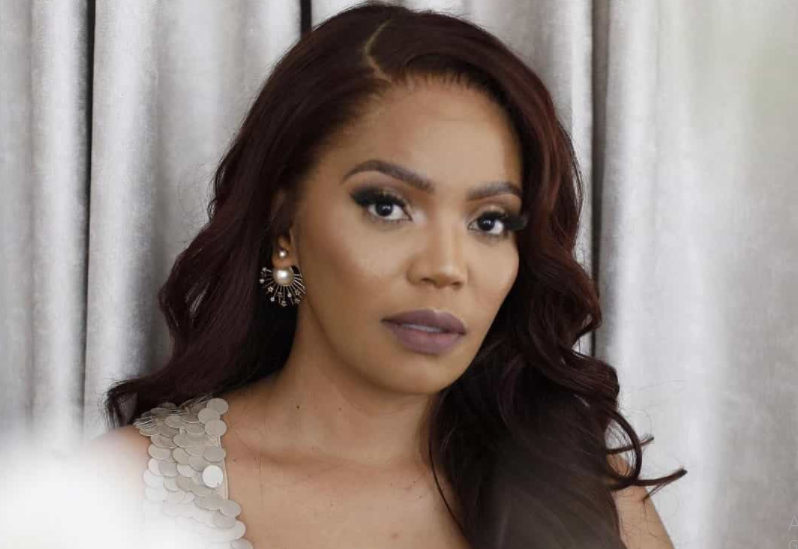 South African actress Terry Pheto has just taken to social media to share a snap of herself without any make-up. She captioned it – Factory Settings. Surprisingly, Twitter is loving the picture. Don’t take this the wrong way, we’re just not accustomed to tweeps being this nice to celebrities.

The film is described as “A young meek boy, Manzini is bullied by three boys on his way back from school in an incident that almost costs him his life. Manzini confesses to his Gogo his desire to quit school. His Gogo narrates a profound tale of resilience evoking the coming-of-age story of a great warrior and King, Shaka Zulu to inspire her grandson through the strength of his lineage.

“Transporting viewers to the 1700s, in the grasslands of KwaZulu-Natal, Nandi gives birth to Shaka illegitimately fathered by Senzangakhona KaJama a prince of the Jama tribe. Here Shaka is bullied and tormented.

“Nandi, Shaka and Nomcuba (Shaka’s younger sister) are forced to flee their home amidst a warning of an impending attack. On the run for their lives, they find refuge at the Mthethwa clan led by Chief Dingiswayo who shows more benevolence. We follow the grooming of a young bold Shaka into a menacing warrior, great conqueror and influential King of the Zulu people.” This was a comment from the Durban International Film Festival.

2021 has been a special year for the entrepreneur as she turned 40-years-old in March. She was joined by her friends Kgomotso Christopher, Matapa Maila and many others for the celebrations.

Entrepreneur, Matapa Maila also penned a heartfelt message to Terry. Celebrating this wonderful woman, she revealed the main reason she loves her.

Maila said that one of the reasons she loves Terry Pheto so much is because of her beautiful heart. She added that her friend brings the best out of people and she is blessed to have her in her life.

“There are a million and one reasons why I love u, the greatest of all is your heart. Your life’s journey lead you to finding that which sparks the light in u, and in true Terry style, u generously share your light to illuminate the paths of others. Thank u for being my light for all these years and 4 being a star that continues to shine 4me too. I am blessed to celebrate the gift of life with you.” She said. “