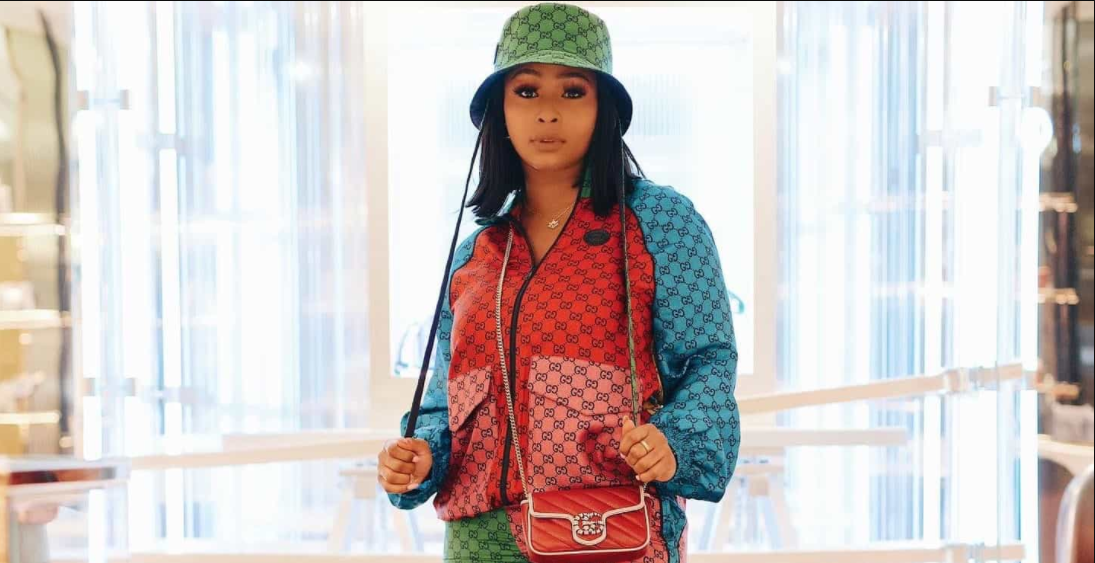 Boity Thulo is set on attaining that billionaire status and is working twice as hard to get it. With all her achievements this year alone, she needs to spoil herself as a reward for all the hard work.

On social media, Boity answered a question which asks Tweeps what they would like to buy at the end of the year. Not something that’s necessarily a need, but something fancy and expensive. Boity has her eyes set on a Lamborghini.

Apparently this is all part of Boity’s vision for her life and career. The rapper who is an aspirant Yano’s artist is a big fan of vision boards. She told TshisaLive that she does one every two years and the last one she did slowly came together, so she wants to put the universe to another test and see if her other aspirations come true.

“…I am a thorough believer in vision boards. It’s segmented, there’s one part for my dream home, one part for dream career, one part for travelling, other part for motivational work…so it’s normally very huge,” she told the publication.

She took to social media to reveal that it is slowly coming together.

One of her visions for this year is to venture into Amapiano and she is already working on a track. But when she shared a snippet of her song, tweeps were not feeling it. Many were thrown off by the fact that she stuck to her rapper self and brought her attitude to a genre that needs less of that.

Boity used the phrase “I don’t give a f**k” and tweeps were not happy. People even came for her ex Cassper Nyovest and said “Boity and her Ex are just consistent in maintaining rotation of their trash on our screens and radio.”

JUST IN: @Boity has a Amapiano song coming soon👀🔥 pic.twitter.com/pM4xC0mksG

Speaking of Boity and her ex-boyfriend, tweeps did not sleep digging up old tweets from the two when they were an item. In 2015, Boity shared a picture of the two of them kissing and captioned it, “You made me feel so incredibly special. What more can a girl ask for? @CassperNyovest. Yes, #itsLegit.”

Cassper responded by saying, “@Boity you are a queen. My dream girl. My ultimate. The most beautiful woman in the world. Perfection!!! Wanna show you off to the whole world.”

You made me feel so incredibly special. What more can a girl ask for? 😍😍 @CassperNyovest. Yes, #itsLegit 😋 pic.twitter.com/9hQxCdD3PB

Of course the 2015 tweet has recent comments from tweeps saying it ended in tears, of which it did because when they broke up Boity said she cried about it but had to move on. At the time she did not know that Cass cheated but he admitted to doing so in a track called I Wasn’t Ready For You.

“I started giving the side b*tchs your side of the bed. That sh*t was so disrespectful and I don’t have an excuse. I look at myself in the mirror like‚’ Dawg‚ what happened to you? You told this woman you loved her and then you promised her joy. She needed a man and you acted like a boy. Manipulated her mind. I got you confused. It’s time I admit I wasn’t ready for you‚” he said in his raps before wishing her well in her new relationships.

Boity reacted and said Tweeps are very annoying and laughed it off.