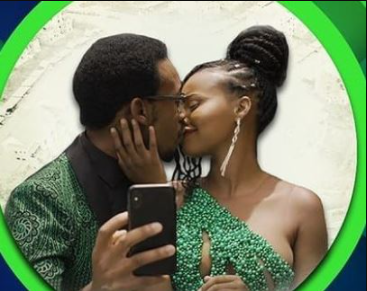 SABC 3’s hit telenovela ‘The Estate’ will be taking Live Amp’s slot on Fridays on SABC 1.

This follows after it was announced that the show will be moving to SABC 1 just three days ago.

The final season run of the show will move to 6PM to accommodate the arrival of The Estate on SABC1.

The telenovela stars September 6th at 7:30PM, Monday to Fridays.

People are quite excited about this move, they actually think Live Amp is gonna do very well on the timeslot because there’s no fierce competition from the soapies that dominate the other slots.

A month ago it was announced that Live Amp was coming to an end after gracing our screens for a decade.

“After a decade on air, SABC1’s primetime music show Live Amp is ending. The new season-themed The Last Dance, is its farewell run. The final season premieres this Friday 9th July 2021 at 19:30.”

The show’s host Lesego Nkaiseng better known as DJ Speedsta took to Twitter to say that he had no idea that the show he hosts with Lamiez Holworthy was canned.

Speedsta was evidently sad at the news when he took to Twitter to put Phil on blast following the announcement. He said, “Lol. Damn!! You really couldn’t wait for this one hey?! To tell you the truth, I was waiting for a Phil Mphela update about “1’s & 2’s” earlier in the year. Even tweeted you. All good. Yeah we cancelled and outdated G”

A tweep asked Speedsta if this was Live Amp’s last season, Speedsta said, “apparently so. Also hearing about it on social media for the first time. Lol. Hai. Ya neh! Bo bra Phil got us on our toes!!! Just want to work master”

Seeing how terrible the news are to the host, Phil apologised and said, “I’m sorry the channel and production company didn’t do you guys the courtesy of informing you before SABC shared the news. When a press statement lands in my inbox from a channel, I gotta run the story.”

In other news, Lamiez Holworthy has been hailed as the least problematic celebrity in the country but she still gets trolled. She and her husband Khuli Chana went on vacation at the Maldives and were having the time of their lives. Minding their own business and just loving each other loudly, but that irked a lot of trolls who said they looked very bored.

The couple was serving some very cute content on social media from their beachy vacation at the serene and chilled Maldives. They were taking a much needed break from their busy lives when in the country and Lamiez admitted that her body really needed the rest.

“This is by far the most rest I’ve had in forever: My body is in shock.
Sucks that it took a traumatic experience for me to finally take time out. Take that leave and shut down. Work and everything else can wait. My well-being comes first and needs to be a priority moving forward,” she wrote at the time.

The much needed rest has been turned into a joke by trolls who say Lamiez looks bored on her vacation. A troll said that Maldives is a very boring place and that the couple already looks bored, asking how could they survive 7 days.