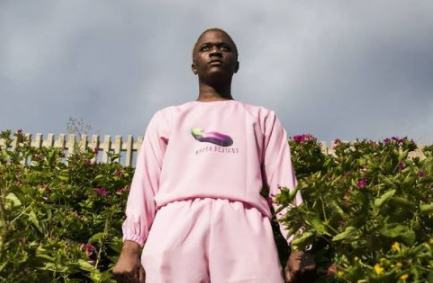 Amapiano king Mpura was a man of many talents and this came as a shock to a lot of his fans when the dots started connecting.

Mpura, real name Mongezi Stuurman has always been a fashion icon but a number of people did not know that Mongezi rebranded to join the Amapiano fraternity and he did such a great job at it.

Mpura was also photographer for his own models that he also styled. Although he most likely had a team, it seems he often took matters into his own hands.

According to an article published by TshisaLIVE, an official investigation has been launched by the police into the accident that claimed the lives of Mpura, Killer Kau, Thando Thot, Khaya Hadebe and Thando TD.

“The department of community safety, roads and transport has confirmed the accident that claimed six lives on the N4.

Our thoughts and prayers are with the families of the deceased and we hope they find strength during this difficult period. An investigation is underway to establish the cause of the accident. We are again appealing to people to adhere to the regulations as most accidents happen way past curfew time. Work with our law enforcement officials to ensure you arrive alive.”

Some people have warned people stop using people’s deaths as a way to promote their businesses under the hashtags.

The country also believes that South Africa as a country needs counselling with all the deaths that are happening and the amount of mourning that we have had to put ourselves under.

A fellow artist has since opened up about the death of the stars. He said, “As an artist, it hurts how every month or two, when it’s decided that ‘the country is slightly and temporarily open’, we scramble for any paying gig, big or small we can possibly get just so we can survive. 3 gigs a weekend have become 6 gigs a day and the day ends at 10pm”

We rush from gig to gig because time slots are now treated like auditions where as if you’re not on time, you miss your slot and no performance means no pay. Once the last performance is done, it becomes a race to see if you can get home before law enforcers can get to you…”

Because curfew has (nine times out of ten) probably struck. In pursuit of our dreams, we’ve collected criminal records just so we can survive. There’s absolutely nothing normal about the “new normal”.

Someone then said, “I was a big fan ka mpura it indihlukumezile but bro you can’t justify being greedy, same argument that taxi drivers use to speed and break rules is they have to make ends meet we can’t accept that”

@Tash_TNS responded and said, “It’s no justification my king. I agree fully with the that example you made… That’s exactly what it is. When it comes to money we calculate the maximum we can make and the minimum we can lose. The loss of life is never calculated because of it being the unknown”

Do you agree with Tash_TNS, are artists putting tehir lives at risk just to put food on the table?