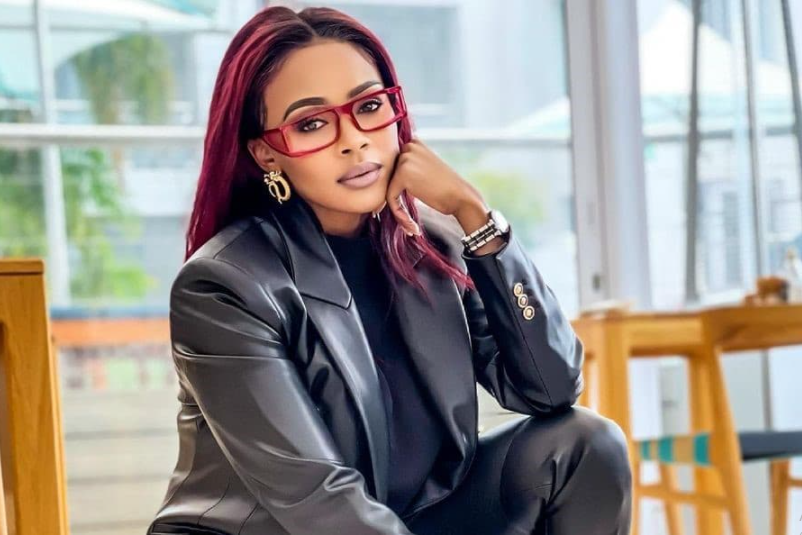 Actress Thembi Seete woke up this morning with a heavy heart as she decided to dedicate her day to The Fergusons. The Gomora actress took to social media to relay her thoughts and prayers to actress and TV mogul Connie Ferguson, who lost her husband Shona Ferguson a month ago.

Taking to Instagram Thembi Seete said she is thinking of Connie Ferguson and sent her love and tons of kisses. She then reflected on her previous relationship with The Fergusons as she worked with them on their Netflix film Kings Of Joburg.

She shared a selfie video of them on set with the late Mr Shona Ferguson acting goofy and Zolisa Xaluva greeting the camera. In her next post she shared a clip of Shona Ferguson speaking about the importance of family and labelled it a powerful quote.

“As much as we all love money and the things that come with it, this is much more than just the gold we’re talking about. No matter how much success and money you may have, it can’t replace the time spent with the people you love.”

“If you really want to know how rich you really are, find out how many things you have that money cannot buy,” Masire said on The Kings Of Joburg.

Thembi then shared another clip of her scenes from the series and boy did she nail them. “I had the best shooting Kings,” she wrote on the post.

She then threw it back to when she and Shona worked on Mzansi Magic’s telenovela called The Gift back in 2014. 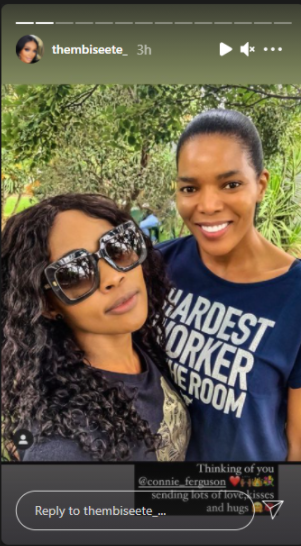 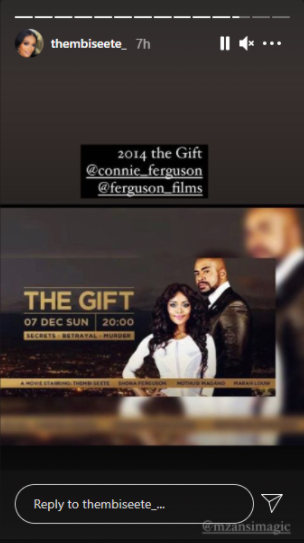 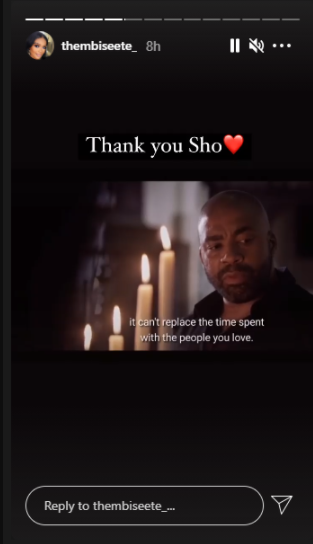 Thembi Seete is doing all of this whilst carrying the pain of losing her own mother. A month ago, the thespian and singer/dancer had to bury her own mother. She explained it as the hardest thing she ever had to do in her entire life.

She and her late mother were extremely close and they did almost everything together and right until the end, she lost her, “I still hear her voice because our bond was that strong,” she wrote on social media, accompanying her lengthy post with a video of her funeral.

Thembi revealed that her mother was sick for quiet some time as she suffered from a brain tumour and was also in pain most of the time.

“We all did our best taking care of her. What’s comforting is knowing that she’s at peace now and no longer in pain. God blessed us with the best mom. I am who I am today because of her,” she continued her post.

“I’m grateful for the years we spent together and I am thankful that she got to meet and enjoy her grandson Dakalo,” Thembi said expressing her gratitude.

Thembi was most impressed by her mother’s fighting spirit reminiscing about the time she was sickly in 2018 and could not even walk, but when she announced her pregnancy, Thembi said her mother stood up and expressed her joy. “I shared my secrets, deepest thoughts with her, I mean everything,” she concluded.

Thembi then thanked people for their support.