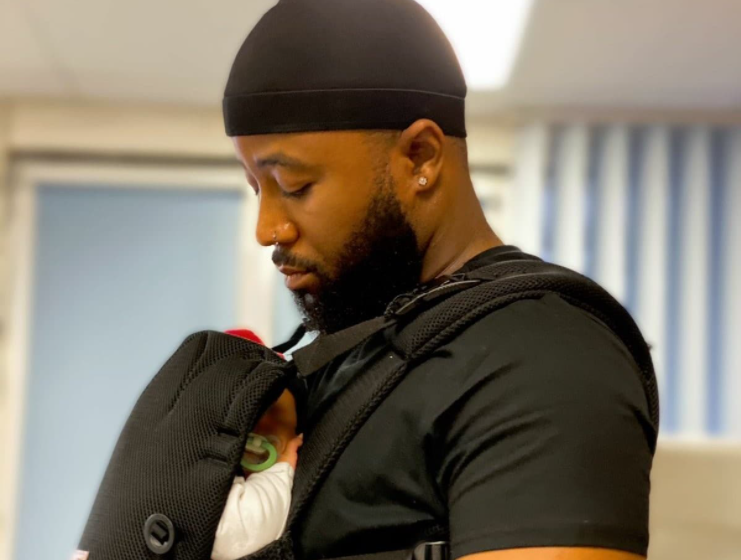 Thobeka Majozi is super proud of Cassper Nyovest, so much to the point where she is ready to give him another another baby. The rapper’s baby mama is Cassper’s biggest cheerleader and he is so lucky to have her by his side.

Fans have noticed how much value Thobeka adds to Cassper’s life and his success is telling. They reckon that Thobeka is the one who is pushing Billiato to the limits as he plans on filling up the 02 Arena in the United Kingdom. Not a far fetched dream for a man who managed to fill up The Dome.

We do not know what it is that made Cassper break so many boundaries but Thobeka seems to know, which is why she plans on blessing him with yet another one. Her positive influence does not go unnoticed and fans are reminding her of it.

A fan praised her and said, “This woman is really adding value in Cassper’s life. She turned Cassper into Mufasa 2.0, The guy is coming for everything,” the fn wrote. Thobeka replied by saying she does not see the statement as a lie.

In another IG story, she reposted his performance in London where he fused a bit of Hip Hop and Amapiano. She is so proud of baby daddy and said if he continues his winning streak, she will give him another baby. 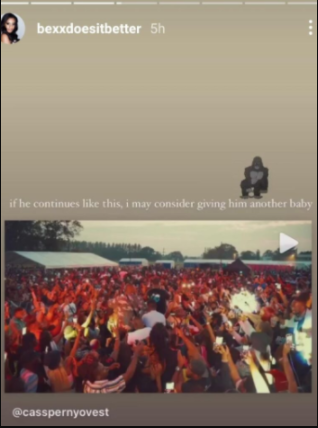 Cassper hyped us his performance and Thobeka agreed with him, “Haaaai now they can argue by themselves,” she commented. Cassper agreed with her and said people have been saying negative stuff about him since his Fill Up days, “They have been arguing by themselves since #FillUpTheDome babe. The dome is even closed now, we are headed to the O2 arena!!!”

Cassper has always spoken highly of Thobeka and he even said Thobeka has more money than he does. On his latest interview with Banques and Venom on their YFM show, he said “I’ve got so much respect for Thobeka. I’m so-so lucky… I was blessed with such a real one besides all the bullsh*t of the industry and some of the sh*t that they have to get accustomed to just because of me and my lifestyle and what I do and people being so interested in our family. And also people don’t like seeing people happy,” he gushed.

“We have something that they don’t understand and they don’t know about, we don’t post about. When we’re together we’re together. No-one knows… our living arrangements they just see when it’s good, it’s not perfect but it’s good and it’s strong. I have so much respect for her because she goes through so much.”

Speaking to Slikour on November 2020, just after the birth of his son, Cassper revealed how deep Thobeka’s pockets are.

“l was a player at the time, l had a lot of girls around me, I an a celeb, l have money and l am funny so girls loved that. I had to pursue her and it took a long time for her to hear me out. She was not excited about my money. She is from a good family and is probably richer than l am,” he revealed.