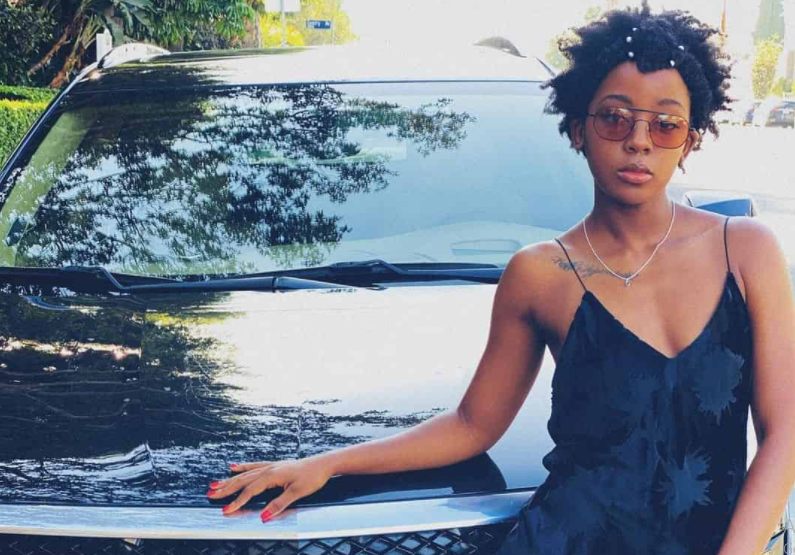 Thuso Mbedu is finally back in the motherland but her return was met with a lot of tears – of joy! The Hollywood actress surprised her unsuspecting family when she made an unexpected visit to them, and she documented all of that on her social media.

Thuso Mbedu took to social media to show how she surprised her family members and friends as she made a return to her home town, after months of gallivanting and securing major bags in the States. The star shared an emotional video and the background song from Joseph Solomon titled Home, and all the people she is seen surprising burst into joy.

She went home last week and said her mission is a success. The people she surprised were actress Makgotso M, and she thought she had a package waiting for her, “@makgotsom1 was told there was a package that would be delivered by Vuyi but could only be done very early as her day was super busy,” she said adding that today is her birthday.

Another person she surprised was Nokuthula-Nondumiso Mncwango, who thought she had some documents delivered to her, “@ma_vezi1 was told Vuyi would have to come collect some document I’d had Steve looking for the whole week. Obviously she couldn’t find the document and so Vuyi had to come help because I needed the document ASAP.”

Ready to fight was Lucky Mthembu who heard screams, “Discombobulated @luckymthembu_za was woken up by Steve’s screaming and was trying to figure out what was happening outside. Was she going to have to wake up and fight??!?” wrote Thuso.

Her cute niece had thought she would be getting a waffle maker as a surprise but she got Thuso instead. They made sure to make it up to her in the end, “My niece was told Vuyi was coming to spend the weekend baking with her because they haven’t seen each other in a while. When told to guess what her surprise is, homie guessed it was a waffle maker (we bought one the next day) She spent the rest of the day sneaking looks at me until she finally whispered “I don’t know if I’m dreaming or not.”

And lastly, her sister Noma Mbedu had many in stitches when she threw a stone at Thuso, “My sister @noma.mbedu was told she’d have a more flexi weekend as Vuyi would be there to help with Zen. Upon watching back the video homegirl claimed she doesn’t recall throwing a stone at me and fly kicking me.”

Thuso felt loved and judging by the video, we sure she probably shed a tear or two. She wished she could surprise more of her friends but that is a lot of work, “This is Love. I wish I could’ve been able to surprise a lot more of my friends but there are soooo many it would’ve been a whole weekend affair. But you know I love you and I will see you soon,” she promised.

Thuso is back in the country as she is busy shooting her upcoming film alongside icon Viola Davis, titled The Woman King. Some scenes are shot in location and some are in the country.

21 Latest Traditional Shweshwe Dress 2022 To Be The Best Now