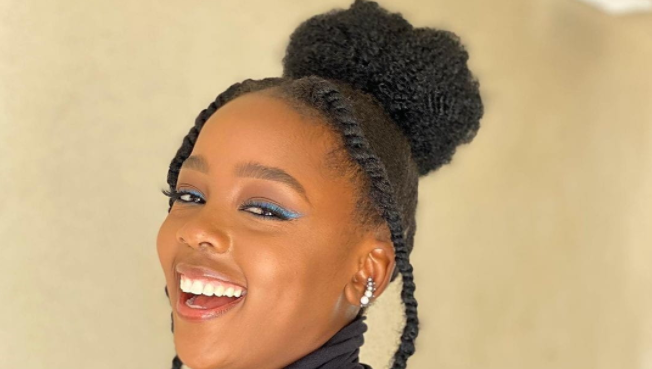 Thuso Mbedu has been snubbed at this year’s Emmy Awards after delivering a stellar performance as Cora on the Barry Jenkins limited series, The Underground Railroad.

We are beyond excited to congratulate @BarryJenkins and the entire @TheUGRailroadTV family on their 7 nominations, including Outstanding Limited / Anthology Series! #Emmys pic.twitter.com/AgAbCkIOfQ

None of the cast members got recognised at the Emmy’s however the creator of the film honoured them after getting the nods. None of this would have been possible without the cast members but Barry singled out Thuso.

“@TheUGRailroadTV would be NOTHING without these two women. On this night (it’s 1am here), I can think of no better way to mark the occasion than to celebrate them -this show is unquestionably a creation made in THEIR image, their vision. I love them deeply, MADLY, DEARLY,” he appreciated the women.

.@TheUGRailroadTV would be NOTHING without these two women. On this night (it's 1am here), I can think of no better way to mark the occasion than to celebrate them -this show is unquestionably a creation made in THEIR image, their vision. I love them deeply, MADLY, DEARLY 💜 pic.twitter.com/RGa9kZkpYQ

Her second nomination is for Outstanding Actress in TV Movie/Limited Series at the Black Reel TV Awards. She is nominated alongside Tessa Thompson, Cynthia Erivo, Michaela Coel, and Nicole Beharie.

Thuso and Cora share some similarities and she pointed them out on Instagram. In a lengthy post Thuso shared how she relates to Cora, “What I like about Cora is that she holds the mic for everyone to be heard. As she goes from state to state, not only are we following her but by following her, we meet many others whom she allows to share a piece of themselves. We might not always like the pieces but they are as real as Cora can get. When she casts her light, the shadows of the nation are in full display for all to see.

“There’s a part of me that wants to say I saw parts of me in her but I don’t know if I’m brave enough to say that yet because Cora is so much stronger than me. But playing her did help heal parts of me I did not know were wounded—maybe that’s what drew me to her,” she said on Instagram.