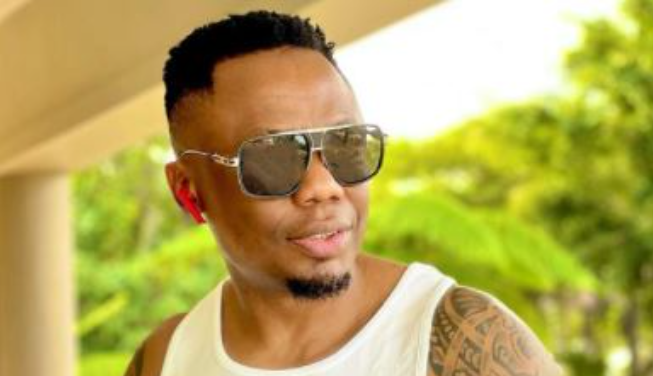 Responding to Nomcebo’s statement, Open Mic said, “We note the utterances made by our artist Nomcebo Zikode on social media in regard to payment for her featured artist role in the song Jerusalema by Master KG”

Open Mic said although they do not make a habit of addressing their artists’ contractual matters with the members of the public, they could not ignore Nomcebo’s statement.

“We can confirm that during the creation of the song, that Master KG (the main artist) and Nomcebo Zikode (the featured artist) agreed on sharing 50/50 on Master KG’s earnings. The featured artist’s agreement which reflected an equal split between the two artists was drafted last year November for both parties to sign”

Nomcebo is said to have looked at the contract and then proposed a higher percentage and ever since that, they have been going back and forth with negotiations. Open Mice added that the last time they met with Nomcebo’s legal team was on 19 June.

Open Mic said that this is the same agreement that stipulates what percentage of Master KG’s royalties is payable to Nomcebo as a featured artist.

The label is continuing with the engagements and as soon as they have reached an agreement, both artists will be paid.

Master KG came guns blazing on Saturday when Nomcebo released her own statement confirming that she has handed the natter over to her legal team.

Master KG said that Nomcebo had received 1.5 million that she is failing to mention. Tweeps shot Open Mic and said that Master KG must be lying about the 1.5 million.

Another tweep said, “In the music industry, one song can generate multiple income streams apart from music sales. Master KG might have referred to other payment that was generated by the song… 50/50 will come from the sales of the song of which they both might not have received as yet,”

This is when Open Mic came back and said, “MasterKG didn’t lie in his tweets. Everything he said is true, the amount that was given to Nomcebo was for different revenue of the song.”

Other people on Twitter felt that Nomcebo’s rant had DJ Tira written all over it and Nomcebo is being poisoned by other people.

“Nomcebo has been hanging around DJ Tira a lot… If you know DJ Tira and how he conducts his businesses you’d understand who’s behind her rant. I’m sure Tira was like “That song is big because of you” Grew a big head and think she can get what she wants. Black coffee doesn’t sing but still makes more money on a song than the vocalists. Zulus aren’t special”

“Whoever is poisoning/ advising Nomcebo is very dangerous. Why can she allow this to destroy her relationship with Master KG? Does she think Master kg will give away the rights and ownership of his world peace Jerusalem masterpiece beat? She is crazy”

“Nomcebo is greedy and she is being influenced badly in this regard. She must be careful not to mess up her career by listening to people who will later turn their backs on her”

“This is good for Nomcebo, if there is no deal signed then technically she is the main artist… it’s her vocals, Master KG must be credited for the beat and whoever wrote the lyrics should be credited for its songwriting. The song is huge now so only written agreements suffice”

We can only hope that everyone gets what is due to them and what they deserve.