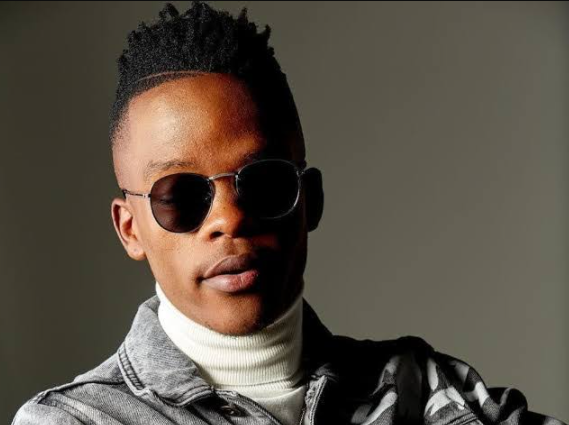 Award-winning musician TNS is a proud father and he has shown appreciation to the only person who made it all possible for him to be a father.

TNS whose real name is Nkazimulo Ngema bought a beautiful painting of his baby mama Nothando Mbatha. He said he wanted to thank her for giving him a handsome baby boy.

Sharing the gift on Instagram, the ‘Umona’ hitmaker said her baby mama gave him a smart and loving son. He continued to share that Nothando has been tolerant and respectful to him.

TNS said even when things were not good, she never ran away. He said she has always been there and supported him through it all.

He concluded his heartwarming post by expressing his love for her special lady. He said he is also going to keep a copy of the portrayed for him to look at her every day when he wakes up.

Fans took to the comments section to admire and applaud TNS for being a caring baby daddy.

A few weeks ago, TNS admitted to being abusive to Nothando and stated that he was seeking help. On a now-deleted post, TNS said what he did to his baby mama gave him sleepless nights.

“I think for me to do right by my soul I have to come out about this and get help if I need it because this is haunting me all the time. I don’t sleep at night, I smoke a lot, I can’t think straight and I’m no longer myself.”

He added that he has never been abusive to a woman before and this was his first time. The 20-year-old musician said he is going to seek help and do all he can to change his behavior.

He added that he believes that he is still young and still has time to learn more about love and life.

“What I did is completely wrong because this is a woman I want to build my future with. We are already a family. It’s a sensitive matter and it’s not easy to admit, but I would appreciate the help,”

Noluthando refused to talk about the incident when contacted by Sunday World. She said she wanted to deal with the matter privately.

“I don’t think that I should be talking about this [incident] because I recently spoke to him and I don’t want to take this any further with the media,” she told the publication.