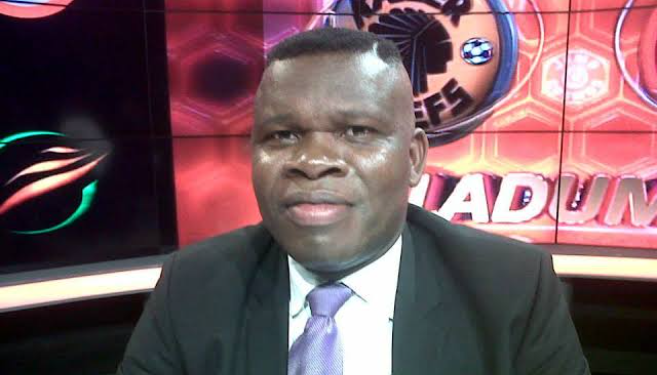 Tributes continue to pour in for the late Journalist Coudjoe Amankwaa who was popular known for his unmatched football analysis. He worked for the South African Broadcasting Cooperation for many years.

According to recent reports, Amankwaa suffered a cardiac arrest and passed away on Friday after he was rushed to hospital.

The General Manager for SABC Sport, Gary Rathbone said: “I would like to pay tribute to a person who was not only extremely knowledgeable about football on our continent but who was courageous, never afraid to speak his mind and always warm-hearted and larger than life. Having known and worked with Coudjoe since the early 2000s, I considered him a friend as much as a colleague, and will miss his presence in our world of sport immensely”.

“This is one of the saddest days in the history of sports journalism. Coudjoe was one of the most amiable journalists around and had earned his stripes both as a print and broadcast journalist…I learnt of his passing on with disbelief. Life can be cruel,” Dr. Danny Jordaan on a statement.

Tributes have been pouring in on social media, former colleagues and fans of Amankwaa have taken to their social media platforms to pay their respect for him.

His former colleague TV and radio personality Robert Marawa shared some of his favorite memories of the late Amankwaa.

He tweeted: “Unforgettable radio moments we always had with u Malume!! “Banjani ekhaya” used to be your daily mantra given your impeccable manners & desire to know the welfare of others…Now we can only leave u in God’s welfare..sadly we say farewell & rest in peace Cudjoe Amankwaa.”

Andile Ncube also tweeted remembering all the other late colleagues, he said he is shattered by the passing of Amankwaa.

“Once upon a time I hosted a show called #Soccer411 with some of the best football brains in this country. Mzi Mgebise who passed in 2017…David Kekana who passed in 2019, And today is a sore-hearted RIP to the last man standing, Malume Coudjoe Amankwaa. RIP old friend.”

Christopher Bongo said Amankwaa was truly loved: “I am writing this with a heavy heart. Our friend, colleague, and fellow, football lover, Coudjoe Amankwaa has suddenly passed away this evening. He was truly loved & was known as “Malume”. May His Soul Rest In eternal Peace. I miss you already. #MalumeCoojoe”