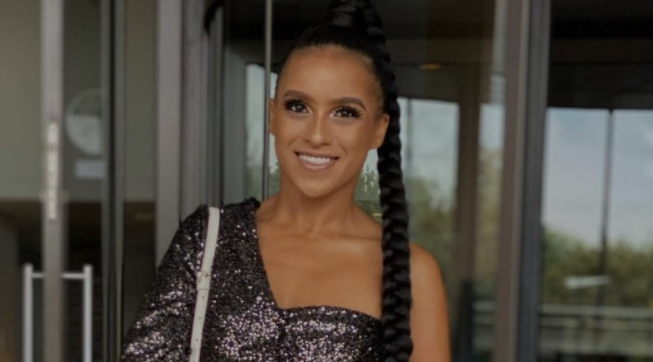 On every show there are favourites and there are those who are vilified because of the image they portray to the viewers.

When Real Housewives of Durban (RHOD) hit our screens, Ayanda Ncwane was an instant fan favourite. Shortly after, Nonkanyiso ‘LaConco’ Conco also had a big number of fans who loved her every move, while others were fans of actress and businesswoman Sorisha Naidoo.

Kgomotso Ndungane, who is married to former Springboks player, Odwa Ndungana, also had fans but the trolls were a lot more. The businesswoman and mother of two, was labelled as a “mean girl” and a “wolf in sheep’s clothing”. In the beginning, viewers saw her as sweet but noticing the rude side of her was shocking.

Her attitude on the show led to Black Twitter calling her out on her ways. Unfortunately for her, trolls had a field day with her and she had no choice but to look her social media accounts.

Speaking to TshisaLive, she said that she had never heard of “Bkack Twitter” until after she joined the show and when rhe trolling would not stop, her family had to orevent her from reading all the negative comments.

“I wasn’t aware of black Twitter, I knew Twitter as a business platform … so when I saw these things, I was in absolute shock and my family and friends tried to stop me from reading the stuff,” she told the publication.

Although Kgomotso joined Real Housewives of Durban with the objective of promoting her decor business, Oak Celebrations, things actually backfired for her and she lost a lot of business. When trolls could not get to her on social media, the resorted to trolling her on her business pages.

“The very same reason that I went on to the show to promote my business it actually did the opposite … when people couldn’t get to me — because I locked all my social media accounts when the hate was so huge … they went to my business pages and … I then had to go and put restriction measures.”

When all of this was happening, Kgomotso says she experienced a lot of anxiety but she is grateful to her family for the support. When asked if she will ever do reality TV again, she said that she wouldn’t.

Ayanda Ncwane is also reportedly not returning to the successful Real Housewives Of Durban show for season 2, which has apparently started shooting. This is apparently because the show is tainting her late husband Sfiso Ncwane’s legacy.

According to Sunday World, Ayanda Ncwane has decided to leave the show because it is disrespecting her brand, her husband’s legacy and it tainting it badly.

“She feels like the show doesn’t respect her hubby’s legacy, which is something she has been trying to preserve,” a source told the publication. “She carries the show, they are going to have to find someone as strong and as interesting as her brand,” a source said.