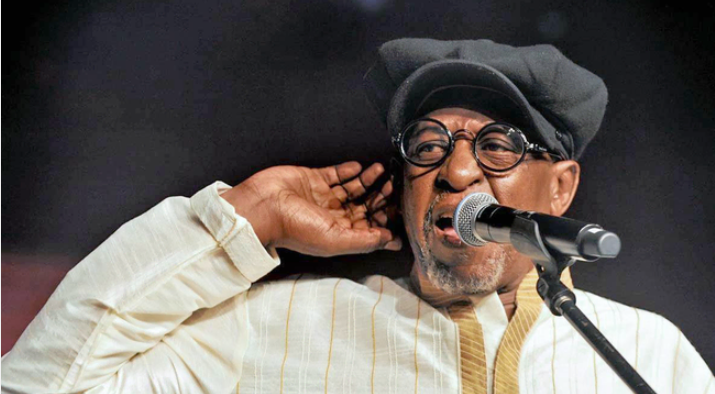 He may have been from Lesotho, but Tsepo Tshola was a South African at heart.

The renowned “Village Pope” succumbed to a Covid-19 related illness on July 15 in Teyateyaneng, Lesotho.

To remember his legacy, his family within the music industry hosted a memorial service at the Joburg Theatre on Thursday.

Hosted by film producer and director Duma Ndlovu, Tshola’s memorial was sweet and short. Limited people were present due to the level 4 lockdown regulations.

Sipho “Hotstix” Mabuse, a close friend of Tshola’s, opened the ceremony with a national anthem and was followed by Putuma Tiso, who also gave a moving performance.

Another music item came from Nhleks and friends.

They sang the late singer’s single “Waiting For Your Name to be Called”.

South African singer Yvonne Chaka-Chaka, who was also close to Tshola, described him as an “amazing man”.

“They’re brothers, I call them my darlings because they make me see in this industry that a dog eats another dog.

“When I recorded Yvonne and friends with Tsepo Tsola, he was there from track one to track 10, although we only did two tracks with him. But he was there to guide me, to help me and shape me,” said Chaka Chaka.

Thandiswa Mazwai and The Soil also sang for the late jazz singer.