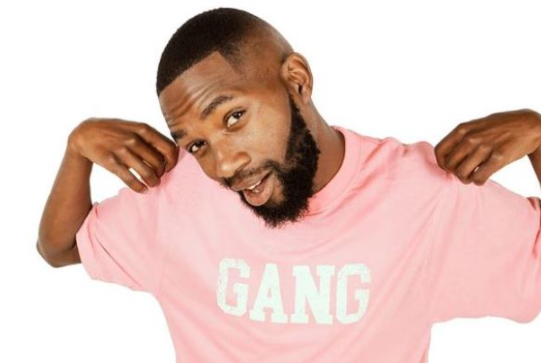 Jobe London is the latest death hoax victim as tweeps sent their RIP’s flooding the timeline with thoughts that the hitmaker had passed on.

I came across a post at the village App saying Jobe London is nomore I'm here to ask you guys is that really true? 😮😮💔 pic.twitter.com/PlIf3P4SKn

You started again by saying RIP before confirmation, jobe London might be alive and well pic.twitter.com/lDCQ37BVgP

What y’all are doing to Jobe London is cruel af, from the nasty comments about his physical appearance now this? Jeez man!

Now they are busy with Jobe London pic.twitter.com/0xXHXjIQGj

Jobe took to Twitter to call people to order, quickly dispelling the rumours.

YOLL ARE SO INSENSITIVE BRUH 😓

Jobe instead announced that he will be dropping music featuring the late Killer Kau. Speaking to the Daily Sun, Jobe said the EP will be titled Killer London and will drop on October 1st.

Eleven days ago, Sidwell ‘Psyfo’ Ngwenya was another victim of a death hoax. The presenter slammed a Facebook user who chased ‘clout’ by falsely announcing his death.

With so much going on in the country and people losing their loved ones, some people still find it necessary to joke about someone’s death. Media personality Psyfo is the latest celebrity to have been announced as dead when they are in actual fact alive and well.

Taking to social media, Psyfo slammed the Facebook user Siyabulela Spetsnaz Skey, who quickly deleted his Facebook post where he wrote “RIP” and shared an old picture of Psyfo.

He said these types of stupid jokes are detrimental to a person’s mental health and they need to stop.

“I thought I should ignore this but then again I thought there is something very deep and sad that needs to be highlighted about social media and it’s impact on depression and anxiety. This culture of wanting to be famous at the expense of someone else’s depression is not cool,” he started off his thread.

He then went on to call out the bully, saying he has learned to stand up to bullies but other people are still struggling, “Now I don’t know what the person who posted this was trying to achieve but by the mere fact that they quickly deleted it after they posted it says a lot about their character. Unfortunately for them I have learnt to deal with bullies but someone else might not be as strong as me.”

He also slammed those who share, like or laugh at these death hoaxes, saying they need to stop, “There are many things we can make fun of or ways to be famous but this is not one of them. Especially now when death has become such a daily occurrence in our lives. I hope whoever else sees this and finds such acts on social media funny gets some conscience from this and stops.”

“I’m glad someone brought this to my attention cause this reminded me some people need to be stopped from using social media as a platform to hurt others. Again, depression is real, let us just be sensitive of what we post for clout.”

Now I don’t know what the person who posted this was trying to achieve but by the mere fact that they quickly deleted it after they posted it says a lot about their character. Unfortunately for them I have learnt to deal with bullies but someone else might not be as strong as me.

Kwaito music legend Bonginkosi ‘Zola 7’ Dlamini was also rumoured to have passed on. He made fun of the situation.

It all started when a Facebook user decided to clout chase by declaring the Lwandle hit-maker dead, saying he died of heart failure. However, once his lies caught up with him, that same user later apologised for announcing the musician’s death without verifying the facts, claiming he got a false update. He further stared that Zola is alive and that he did not wish for his demise.

Lamiez Trolled For Her “Boring” Vacation With Hubby