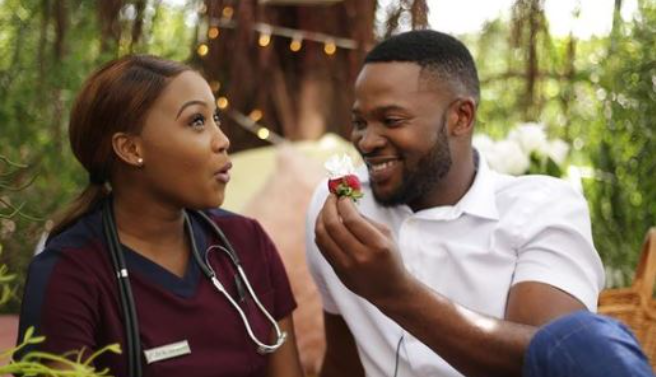 Durban based shows Durban Gen and Uzalo have suspended shooting following the looting that has taken the whole South Africa by storm.

The two shows have had to take extreme measures to protect the safety of its cast following the unrest that in the City.

Speaking to Daily Sun, Durban Gen actors said, “People looted Game that is next to our studio on Tuesday and that’s scary…We can’t risk our lives by going to work. They also burnt the nearby building. It’s hard.”

Uzalo actors said, “Uzalo actor said: “We are still going to starve. This is madness. We just pray that our shooting studios won’t be set alight as many buildings are on fire. Life is hard, and by the looks of things, it’s going to get harder. Let’s pray for Mzansi.”

Rumours have been rife that top actor Duduzile Ngcobo, who plays the role of Dr Qwabe, has left the show.

After, on the soapie, she left for a trip to work in another country – as per the storyline – fans thought that that was her exit from Durban Gen. This was made worse by the fact that she was no longer appearing on recent scenes. However, the show’s spokeswoman Nomfundo Zondi, rubbished these claims. She explained that Duduzile’s disappearance was actually part of her storyline.

“The rumours are not true. Duduzile hasn’t left the show. She’s still part of the show and busy shooting upcoming episodes,” she said.

Six months ago, ZAlebs reported that the show might be the next to be sent back to the drawing board to change its storyline after a decline in the show’s viewership figures.

On the other hand, Khaya Dlanga who played the role of GC on Uzalo has come clean about the future of his character on the show. Khaya told ZAlebs last year that Uzalo has been doing GC dirty and after he exited show last year, he still was not told he would be leaving. As a fan favourite, he was reduced to being a call actor for when the show needed him.

“The thing is with me leaving the show, I didn’t process it because I wasn’t told I was leaving the show, so there was no time for me to digest that in the next three months I won’t be on this show because, no one said anything to me about not coming back. Other actors were told that they won’t be coming back but I was not,” he said.

Khaya recently joined Rhythm City’s replacement show, House of Zwide. Speaking about his role on the new show, Khaya said, “This role is unlike the previous ones from Uzalo and Ehostela. Viewers will get to see yet another talent of mine. With this role I deal a lot about fashion. I received a lot of help from big names, I would call them for help and they would help me so that I speak about something I know of”

House of Zwide will premiere next week Monday on ETV at 7pm.