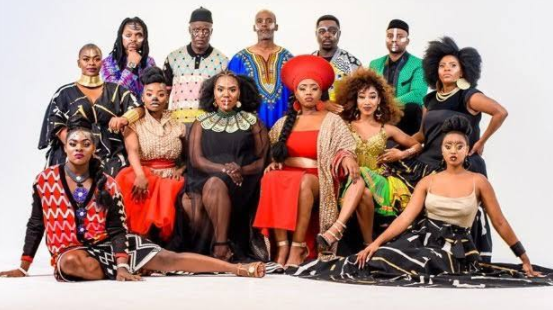 One of Uzalo stars is reportedly struggling to Payback a loan shark. According to Daily Sun, the actress allegedly owes the loan shark R25000.

It is reported that the actress borrowed the money last year and has failed to pay back the money ever since. The publication, however, did not reveal the identity of the accused star.

The loan shark told the publication that the actress begged her not to take the matter to the media, “She knows this will humiliate her because she is the ambassador of certain brands.” Daily Sun quoted the loan shark.

Meanwhile, another Uzalo star Gugu Gumede recently opened up about the passing of her mother Zanele kaMagwaza Msibi. Gugu’s mom was also a National Freedom Party leader. It was reported that she died due to cardiac arrest linked to COVID-19.

“A life well lived! Rest well Mommy,” Gugu wrote on Instagram. She continued to say: “There is never a point in life where one wishes to walk the path that I am on; but such is fulfill we are born, we fulfill our assignment to the best of our abilities, and we depart.”

The actress said her mother was a hard worker who came from nothing and dedicated herself to breaking generational curses while blessing many family members in between. “She was a dedicated public servant; a pioneer and activist who changed many people’s lives.”

She said they are blessed to have had her as a mother. Gugu said she and her brother never lacked anything because their mother single-handedly raised them well and they appreciate her for that.

“To my brother and I, though, she was Mommy. My BEST FRIEND. My confidant. My greatest fan. My prayer warrior. Our queen that we so dearly loved and revered…We thank God that she lived long enough to watch her children be successes in their own rights, and bless her for it in return. Today, we are at peace knowing that she rests with the knowledge that she was loved and appreciated immensely.

Gugu wrapped up her lengthy heartwarming post by thanking everyone who was there for them during their difficult time of grief. “Thank you so much to everyone that has extended a hand during this incredibly difficult time. I may not be able to answer every call, text, or DM – but I see them, and I’m appreciative. May God continue to bless you all and watch over your loved ones,” she wrote.