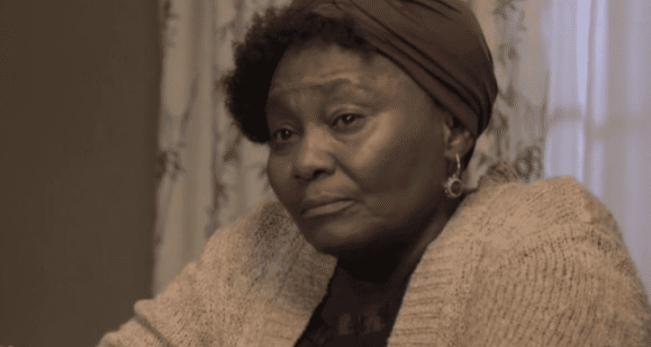 House Of Zwide fans have been hooked by the gripping storyline, which saw veteran actress Nandi Nyembe’s exit on the new e.tv telenovela. People had the impression that the actress, who played MaZwide on the drama series, had died in real life.

A TikTok video in her ‘memory’ also made rounds, which fueled the confusion. On House Of Zwide, Faith Zwide’s secret was slowly unraveling and MaZwide caught her red handed. As she was about to let everybody know about Faith’s evil ways, she decided to kill her mother-in-law to save her own skin.

The drama series centres around a young aspiring fashion designer Onalerona who was supposed to have died in a fire with her mother. The fire was started by Faith many years ago, but the man she sent to kill Ona and her mother, did not want to harm a little baby, so he adopted her.

Years later, the girl resurfaced and has the same talent and passion her biological father has. In order to save her own skin, Faith will stop at nothing to keep the secret buried and hidden. Hence, the need to kill the one person who solved her case.

When she exited the show, some fans thought she had passed on in real life, but she told Daily Sun that she is alive and well.

“I am well and alive. There is not even one part of my body that is in pain. The news of my passing came as a shock to me, and really unsettled the people around me. I can’t believe one can run with such a malicious story, and even added my age. People broke into tears when they heard my voice when I answered the phone, and some were even afraid to call me. They resorted to calling friends to confirm the news,” she said.

Death hoaxes have become a worrying trend in ZAlebville and it does need to stop. Legendary songstress Yvonne Chaka Chaka was left agitated when an obituary in her honour was created even though she is alive. Yvonne took to Twitter to slam fake reports that she has passed on. To her surprise there is even an obituary and a Go Fund Me page in order to raise funds for her burial. “Some FOOL posted my Obituary and even asked people to contribute in a go fund me acc. For my burial. How mean can you be,” she wrote.

The living legend is even looking for the culprit who started such claims saying she will not rest until she resolves the matter. “So to the Devil I am alive and kicking I am going nowhere. Thank you all for the love and support. Don’t fund Evil, he asked for some go fund,” she wrote.

Sophie Ndaba who has been hit by these rumours countless times, expressed how heartbreaking they are. “Hi darlings, It’s heartbreaking to read messages that I’m dead. It’s the second time this year this has happened and it’s extremely traumatic to my family friends and especially my kids. To address the rumors I’m alive and kicking and God willing I’m not going anywhere anytime soon.”