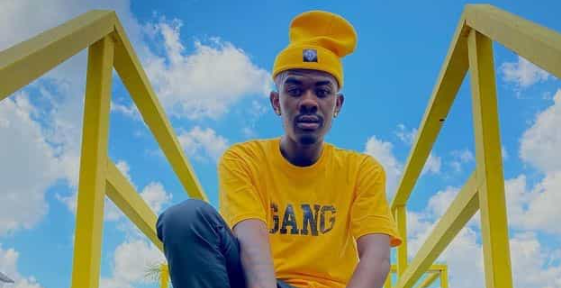 A video of fallen Amapiano star, Killer Kau talking about death has surfaced. In the clip, Kau says that he doesn’t care about dying, nor is he scared to die but his biggest worry is being buried at the cemetery while everyone goes out to drink. The shared clip has left many fans speculating on whether or not the Amapiano star was trying to tell us something.

One of the things that made fans gravitate toward Killer was his outspoken nature and sense of humour. The man lived his life to the fullest and has inspired those he left behind to do the same.

Mzansi has been showing love and support to his girlfriend, who recently opened up about her loss on social media. She said that she feels as if her heart has been ripped out of her chest. “There’s literally no greater pain, my heart has been ripped out of my chest. It didn’t have to be this soon kodwa Sakhii. I literally don’t have the words right now but I love you my ACE!” She posted.

His friend, Lady opened up about the close relationship she had with Killer Kau and Lady Du. “I don’t think I wanted to even do this, but I feel like I want to do it There are things that I think a lot of people need to understand and that is we are not celebrities when we lose our brothers. We are not celebrities when we are in pain. Nobody can ever handle the pain of losing people that they care about. People that have helped them grow in every way possible.”

Du added that the attention from the media and the fans have made it difficult for her to mourn her brothers in peace. “You can’t even cry in peace. You have people calling you and asking what’s going on. No! Don’t do that. Pray for people. Artists are broken. We are broken as a nation.”

She also pleaded for unity and reminded everyone that the gift of life is very short. “We are not united and it is days like this that we realise that life is too short. And we need to be there for one another. We need to stay strong in everything that we do and we need to pray for one another because we risk our lives to get to events to make people happy. Today we lost our brothers.” Said the musician in part.