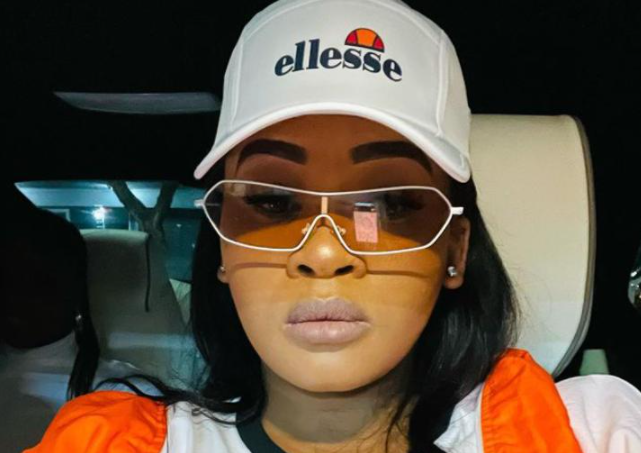 With Somizi Mhlongo rumoured to never ever setting foot on the Idols SA stage ever again as a judge, the producers had to find his replacements. This past Sunday was the very first episode without Somizi and viewers were not happy about this. At least Lady Du wowed some viewers, with others cutting her some slack as it was her first time judging on a competition show.

Idols SA has now entered the live shows with the top 16 contestants battling it out for the prize. On their social media pages, Idols SA announced Lady Du as the first of many guest judges to join Randall Abrahams and Unathi Nkayi on the judging panel.

Being a powerful vocalist that she is and a household name, Lady Du was a good choice for the competition show. More especially because she started out in the music industry at the tender age of 9. Lady Du might be a Amapiano vocalist and DJ now, but she started off as a Hip Hop DJ.

She broke into the industry with her powerful vocals on the hit song Umsebenzi Wethu which is a song by Busta 929 and the late Mpura. It has been onwards and upwards for Lady Du who then worked with pother major artists such as DBN Gogo, Makhadzi, DJ Maphorisa, Kamo Mphela and many others.

Lady Du is also nominated at this year’s inaugural Amapiano Awards and we can only see her bagging more awards in the near future.

On Idols SA, viewers were impressed by Lady Du’s judging abilities and the advice she gave to contestants. Even though she and Unathi had a crying competition of their own, she definitely stood out. Some however did feel as though she was being too lenient on the contestants by lying to them instead of telling the truth.

Here are some of the reactions:

#IdolsSA we need a supporting judge who is honest nxt week cz nkare Lady Du is scared of TV everyone is beautiful beautiful… pic.twitter.com/IGhFXrNV5H

#IdolsSA Lady Du wenu is now a judge? 1 yano hit nyana and already can …you know what, Cut!!!!!!!🙄 pic.twitter.com/IFC8R9BbRY

#IdolsSA not Lady Du lying to them children child… pic.twitter.com/nsjL9NTEFk

Lady Du did a great job for a beginner, I'm inspired 🙌🏼💞 #IdolsSA pic.twitter.com/rLKR9wYa50

Lady Du is actually good at this judging thing#idolssa pic.twitter.com/agMSRsrDN3

M-Net followed all the other brands which distanced themselves with Somizi following the damning audio was leaked of an interview between his estranged husband Mohale Motaung and Legend Manqele.

“We have reached a mutual agreement that Mr. Mhlongo will take some time off to deal with his personal circumstances until this matter has been resolved,” wrote the channel.

Mzansi Magic released a statement announcing that there would be numerous guest judges on the show just to fill Somizi’s gap. According to Mzansi Magic’s statement, guest judges will be brought in weekly, “Idols SA fans should brace themselves for an exciting line-up of celebrities, who are set to add some pizzazz when they join Unathi Nkayi and Randall Abrahams as guest judges every week. Their new voices are certainly going to add a new flavour to the feedback given to the Idols SA season 17 hopefuls,” they wrote.

An obvious choice according to Sunday World was Kelly Khumalo, however that is still an unconfirmed rumour. Kelly might just be a guest presenter in passing and not really fully take up the famous seat, but time will definitely tell.