We Will Miss Scoop Makhathini

We Will Miss Scoop Makhathini 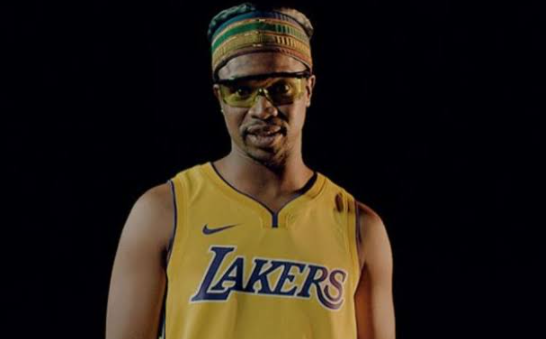 Media personality Scoop Makhathini has announced that he is parting ways with POPCast as the presenter of the show.

He added: “Sitting on this sit, talking about music I think have reached a plateau for me. I will definitely still be looking and watching but giving my views on it and talking about it, I really think that it is time for me to have other mouths and other brains see the culture and interpret it the way they should.”

He thanked the fans for always being there for the show since the beginning.

His co-host Ms. Cosmo said it is very emotional for her to see Scoop leave.

“It is a bit of a speed moment for me because we have been there from the beginning…It’s been a long ride ‘Scoopy’ we shared a lot of good memories, but through the ups and downs, I think it’s really dope because you are the one who brought us all together. Shout out to you for bringing us together and bringing POPcast to what it is.”

The new member of the show Muchi said he is well prepared to embark on the journey.

“Hopefully I will bring a notable contribution to the show, hopefully, I won’t get into too much trouble but trouble is my second name. Luckily I am a lil bit well-versed when it comes to dealing with you guys on the internet.”

In the comments section, fans bid a farewell to Scoop and wished him all the best for his future endeavors.

“Thanks Scoop for everything that u have done for the Podcast I still feel like u leaving the show was good riddance for the how because your opinions were one-sided….U never spoke well about the people that u ain’t messing with, u always glorified Nasty and Aka as if they’re angels Reece and Cassper were always the victims of ur personal agendas …,” wrote Odwa.

“You Guys Turned Me To Alcohol”

Jub Jub Confronted By A Polygamist