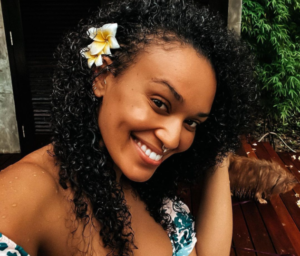 Actress and model Pearl Thusi is melting in the warm hands of businessman Shaun Keith Alfred Bonett. The beautiful thespian is also planning to tie the knot and start a family with him Bonett.

Thusi revealed that she is dating Bonett in papers she filed in the Joburg High Court last month when applying for a court order to adopt the daughter of her recovering drug addict relative from Kwazulu-Natal.

In court papers, which we have seen, Thusi revealed Bonett’s identity and her relationship with him as one of the motivating factors to persuade the court to grant her custody.

“I have been resident at my … since December 2014. I reside with my 13-year-old daughter who has happily welcomed … and sees her as her younger sister. I am in a stable relationship with a loving, caring and honest man, Shaun Keith Alfred Bonett, who owns a global conglomerate of business and philanthropic foundations, and whom I am planning to marry. He too has happily accepted … as his own.”

The former Live Amp presenter’s revelation that she is dating Bonett put paid to long-lingering questions about who she’s seeing after her break up with sports guru Robert Marawa about five years ago.

Early this year, the Queen Sono star left her fans guessing who her significant other is after taking to social media posting a picture with the caption “umjolo wami”. The photograph depicted her and a man whose face she deliberately cropped out.

“There’s nothing quite like finding someone you genuinely love and that person feels just the same about you.”

The publication can reveal that the man Pearl Thusi kept an enigma is Bonett, with whom she is planning to walk down the aisle.

According to his profile, Bonett is the founder of Precision Group and serves as its CEO and managing director. The company has business interests in South Africa.

He also acts as a director and strategic adviser of various entities in which Precision has interests in, including as chairperson of Litigation Lending Services and Prezzee, Skyfii and Lenders Direct.