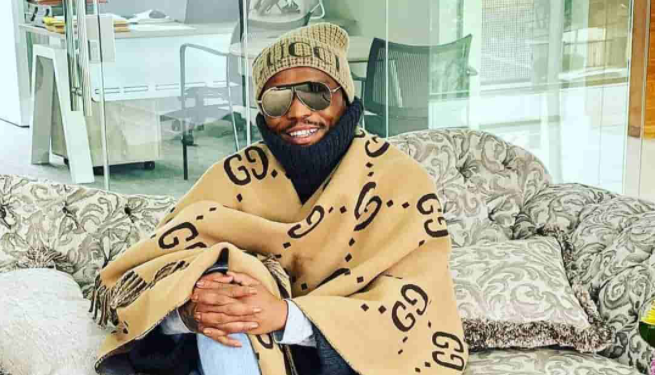 Yesterday marked the 26th birthday of influencer and Somizi’s husband Mohale Motaung. The Mini Cooper ambassador took to social media to share highlights from his big day. He started his celebrations at the Mariot hotel and was later spotted being treated on a spa date.

Fans were looking forward to seeing what special message or gift Somizi had instore for hubby amid reports that their marriage is falling apart. Mohale, however, has assured his followers that the two are not separating and that all is well.

Also, on Somizi’s birthday in 2020, amid reports that he had filed for divorce, Motaung penned hubby the sweetest message and described him as the best partner anyone could ever ask for.

“If someone sat down and tried to outline the qualities that a stellar partner has, I’m sure the list of qualities would include things like loving, caring, kind, sympathetic, strong, compassionate, astute, intelligent, hardworking, driven, humorous and little would that person writing that list know that they were describing you!” He gushed about the Metro FM DJ.

Taking to social media later on in the day, SomG63 shared another one of his entertaining IGTV videos and spoke about award-winning South African telenovela The River and made no mention about Mohale. Not even a single word.
“Guys let’s talk about two things. One, there is no man as dumb as Lindiwe’s husband. Zweli is driving me mad. How many times has Lindiwe been playing him?” He said.

The Idols SA judge further added that he would never take up an offer on The River to play alongside Lindiwe Dikana as all the characters that do never last that long.

“Two, If I had to be given an offer to play a role on The River – that is opposite Lindiwe – I would never take it. You must know that you will never be on The River again and your role will last three days and then you are gone. I would rather stay by Mam Flora’s or by Cobra’s place.

At least you know that job-wise – your character will have longevity. Anything at the Dikana’s, don’t agree to those roles guys. If you want to have a job and money, refuse because Lindiwe is not going anywhere. Lindiwe murders anything, Lindiwe devours everything. So, I’m talking on the professional level as an actor. I can imagine you get a role and you’re informed that you’ll be performing alongside Lindiwe and you’re all excited and then soon you die. Continue, we are not jealous.”

Before ending off his day, he shared a clip of himself dancing to Say My Name by Destiny’s Child and said that the South African version of the group would feature Chommee, Kamo Mphela, Babes Wodumo and choreographed by Bontle Modiselle.

Have You Met Pasi’s Sister?